Readers have shown their partiality – print books have made a recovery in sales (and then some) after being prematurely pronounced dead not long ago. Arts publishing while by no means replacing the gallery space, nonetheless asks for contemplation of imagery. Print provides a sympathetic and sensory experience – not only tactile sensation, but also a stillness that digital, screen-based platforms don’t provide. Here we’ve selected a handful of Australian publications, from both independent and large publishers, to take on your summer travels. 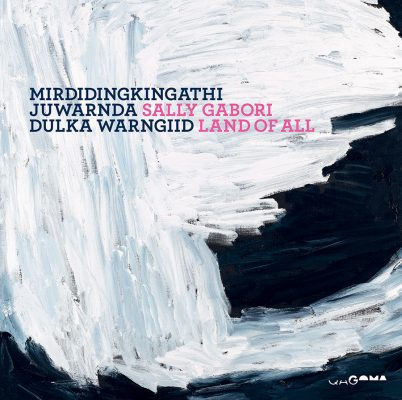 Sally Gabori
Land of All
QAGOMA

Summer is a fitting time to view a retrospective of Mirdidingkingathi Juwarnda Sally Gabori, at least while it is in Melbourne, at the National Gallery of Victoria until the 29th January. Fuchsia, wattle yellow, tangerine and blinding whites recall the vibrations of wide space, topographic form, and reflections of light on water in Bentinck Island on the Gulf of Carpentaria.

Aside from hues, the loose, gestural way that Gabori applied paint most clearly breaks with tradition. Picking up a paintbrush at the age of 81 after attending art and craft workshops, and painting for less than a decade, Gabori was not bound by conventions and “ethnographic precedents” writes Judith Ryan Senior Curator of Indigenous Art, NGV, in this handsome monograph. Superb colour reproductions breathe across many double pages here, while scale is not something that can be imparted on the page, at least the prolific nature of Gabori’s work can.

Land of All, as a title, poetically recalls the concerns of Kaiadilt woman, Gabori. Above all, her large-scale and near abstract paintings evoke memories – ­they are an invocation of place, a collective connection to Kaiadilt Country where family is inseparable from land.

Sally was a singer, writes Bruce Mclean, Curator, Indigenous Australian Art at the Queensland Art Gallery, and a songlike quality, “a repeating chorus … broken by special memory, erupting in joy, in colour” pulses through her work. In this publication, as with the exhibition, QAGOMA has honoured a remarkable artist. 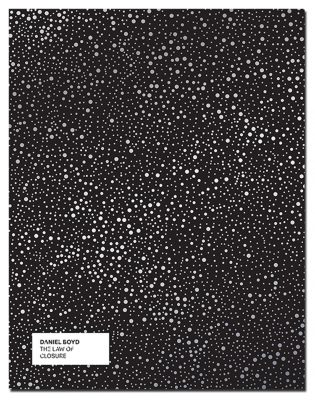 Daniel Boyd
The Law of Closure


Daniel Boyd is a young Sydney-based artist of both Aboriginal and Vanuatuan heritage who dismantles romantic notions of colonial Australia’s genesis.

The impressive 200+ page 2015 publication, The Law of Closure, tracks a large body of work, the majority of which are pointillist paintings rendered with oil and digital print on linen or polyester. Figures from history – from Jesus Christ to unlabelled frontiersmen, family members rendered anonymous and portraits of Vanuatuans – emerge out of black backgrounds, the details pinpricked with muted colour like constellations appearing out of dark matter.

These works speak of multiple perspectives and lenses with which to view history. Stories become particles that are subject to transmutation and are impossible to pin down. The book is in no way a traditional monograph; rather it looks at the developments in Boyd’s work from 2009 onwards, with essays by art writers Dan Rule, Bergit Arends, MONA Assistant Curator Jarrod Rawlins and in conversation with prolific Aboriginal curator Djon Mundine, OAM.

The 2016 Parts of Lost Body (after Aimé Césaire & Pablo Picasso) also by local art publisher, Perimeter Editions, is the much slighter yet similarly poetic follow up. Boyd’s works here are guided by both Francophone poet/Martinique politician Aimé Césaire and Pablo Picasso who illustrated his seminal work, Lost Body. 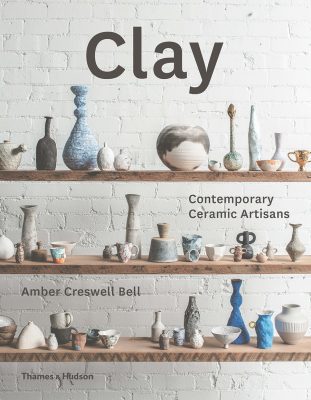 In this easy-on-the-eye publication, writer Amber Creswell Bell has rounded up a stable of some 50 + ceramic practitioners, half of them from Australia. Her mustering process isn’t immediately clear but the resulting tome is a snapshot of a craft experiencing a reawakening after a four-decade breather.

In a digital post capitalist age it’s hardly surprising to see ceramics rise out of the dust along with pickling clubs and weed foraging excursions. The drawback in trying to provide a current overview of any popular movement is the here today, gone tomorrow nature of those riding on coat tails of a zeitgeist. In this book emerging practitioners follow on from seasoned award winners without preference. It’s a minor quibble; visually Clay provides the tactile, handcrafted, nostalgic reasons for the medium’s renaissance.

For the curious and those invested in the craft, this book is a satisfying stickybeak at their current favourite ceramicists.. While image-laden, the text  here is generous to the ceramicists and gives space to their processes, singularities and style, stemming from their interaction with the medium. 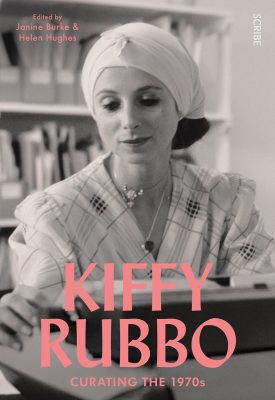 Edited by esteemed art historians and curators Janine Burke and Helen Hughes, this collection of essays vividly recalls a leading light at a defining moment in Australian contemporary art.

Kiffy Rubbo stepped into the role of curator at the University of Melbourne’s George Paton Gallery in the early ‘70s, and for a decade championed both progressive ideas and young artists. In 1974, alongside assistant director Meredith Rogers she co-curated the first feminist art exhibition Australia had seen, A Room of One’s Own: Three Women Artists. She went on to program over 130 exhibitions.

Kiffy’s vigour, complexity and generosity is fleshed out by voices that come together to bring to life a highly politicized time in the art world. It’s disquieting to observe how little has changed or failed to improve, particularly in women’s struggle for representation and acknowledgement.

This is an intimate book, particularly the final section which contains Kiffy’s letters to her brother Mike. These offer an insight into her deteriorating mental health.

A considerable lag in recognizing Kiffy’s contribution and legacy is partially attributed to her distressing and sudden death, at the age of just 36. Curating the 1970s is best when it sheds light on Kiffy’s “time, her ideas, her vision, her oeuvre” as Janine Burke writes.

Click here for or an exclusive excerpt from Kiffy Rubbo: Curating the 1970s. 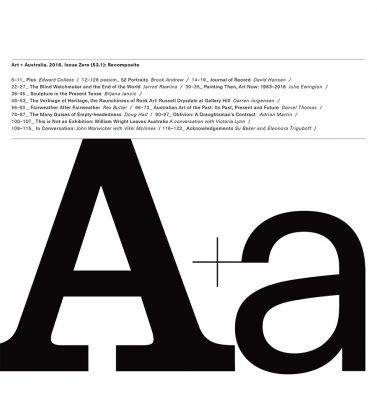 One hundred years ago, Art in Australia was born, a journal that demarcated territorial and cultural boundaries. Given the newness of Federation its title was triumphant. In 1963, the publication was reborn with the title Art and Australia, the conjugation signifying a more contractual merger; the two separate words now collaborative partners.

2016 saw the extraordinary gift of ARTAND (as it was known before its current incarnation) to the Victorian College of the Arts by then publisher and editor Eleonora Triguboff.

Current editor Edward Colless (Head of Critical and Theoretical Studies at VCA) describes the unpronounceable + (plus) in the title as “diagrammatic rather than contractual”. The shifting title reflecting the anxieties, self-assessments and self-consciousness of Antipodeans of the time.

This most recent reboot has little in common with its predecessor. Issue Zero in its physical form shares more with a museum monograph than a magazine, its tone – scholarly text.

Essays by senior arts writers, and particularly from incumbent university professors take an art-historical standpoint, linking contemporary conversations with the vol. 1, no.1 1963 edition. Reproductions from that edition are lifted straight from the 1963 source – Charles Conder’s 1888 idyllic seaside impressionism A Holiday at Mentone, as well as other seminal moments of Australiana become enlarged, benday-dotted fragments, seen through the lens of a different decade, back, then forward through time.