The Darling Portrait Prize is a new award for portrait paintings of Australians, by Australians. Anthea da Silva has taken out the inaugural $75,000 prize with her portrait of Elizabeth Cameron Dalman OAM, founder of the Australian Dance Theatre.

The prize was initiated to honour the legacy of Mr L Gordon Darling AC CMG (1921-2015), who was a key figure in establishing the National Portrait Gallery of Australia, where the award is held.

This first Darling Portrait Prize was judged by Head of the ANU School of Art and Design professor Denise Ferris; director of the NGV Tony Ellwood AM; and Karen Quinlan AM, director of the National Portrait Gallery.

In a joint statement the judges said, “Anthea da Silva’s Elizabeth, 2019, is a gentle, beguiling portrait that reveals the fragile, fluid nature of the human body. Here is a woman who has spent her life moving and while she is captured here sitting, she looks set to leap. We were struck by the deliberate power of the seemingly unfinished elements of the work because, like Elizabeth, the complete picture is yet to be filled in – there is much yet for her to do.”

Da Silva, who is based in Griffith, NSW, said of her wining work, “I am inspired by Elizabeth’s constant reinvention as a dancer, choreographer, actor, director and environmental activist. Here, she is momentarily resting her feet at Mirramu Creative Arts Centre, near Bungendore, preparing for her next adventure.” 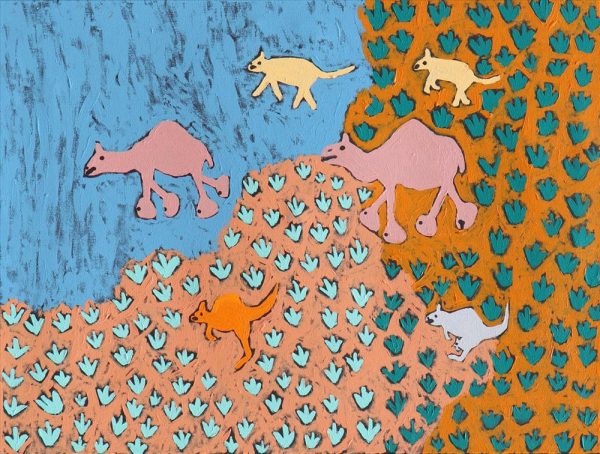