A goat carcass ready for butchering, a fox shot in a 44-gallon drum, two bulls split in two by a lightning-bolt crack. Delicately rendered in charcoal, these documentations of rural farm life by Anna Louise Richardson also function as memento mori: allegories of mortality, of existential dread.

“We don’t have a good relationship in our culture with death,” Richardson says. The Western Australian artist has spent the past five years wrangling with this. Her mother – a furniture designer, veterinarian and farmer – received a diagnosis of advanced cancer in 2015, and passed away in January this year.

“You suddenly realise, ‘Oh, everyone goes through this – at some point you lose a parent,’” she explains. “It’s one of those very personal moments where you realise that it’s actually a universal experience.”

Richardson’s exhibition When night falls surveys these five years of her work. The earliest piece, from 2015, was made just before her mother was diagnosed. The most recent was finished in the months since her passing. Richardson says the exhibition “is a bracket around that period of time.”

While none of the works overtly refer to her mother’s illness, the exhibition as a whole is steeped in cycles of life and death. Richardson lives just outside of Perth on a seventh-generation beef cattle farm; among other things, her work picks apart the moral complexities of raising, slaughtering and eating animals, and examines some of the darkness and fear present in rural life.

Many pieces, such as Struck, 2015, use animals as conduits to examine Richardson’s own relationship to the land. A large-scale conté drawing mounted on seven hollow-core doors, Struck shows two mirrored bulls, rippling with muscle and facing one another, divided by a physical crack with light shining through. The work draws on a real event in which two bulls were killed by lightning. “We found them in the paddock 50 metres apart, dead on their sides,” Richardson explains. “They must’ve been touching each other or standing close together when it happened.”

At the time, the artist had moved off the farm and her family was discussing what to do with the property. “What do you do when ageing parents who are not well don’t want to farm? What is the succession planning for farming – do you have to split it up and sell it?” The work became an allegory for the schism of family illness and the prospect of forced separation from the land.

Another piece, Waiting for dad, 2016, is a graphite drawing of a dead fox. The long scroll of crumpled paper is hung so that the fox is placed on the ground. Richardson describes the incident that sparked this in which an injured fox needed to be put down: because it was in pain and because foxes are a feral animal, a pest. No one present felt able to do the deed, so the injured fox was placed in an empty 44-gallon drum until Richardson’s father returned home. “It sounds bad, no matter how you do it,” says Richardson, “but it’s also the right thing to do, and very normal in this context.” The work interrogates the relationship between domesticated and feral animals, and the weight of ecological responsibility as farmers.

More recent series draw on the artist’s own experience of becoming a mother. Aziza’s Horoscope, 2017, documents the joy and poignancy of shared animal encounters during her oldest daughter’s first year of life, while We are more afraid of the sun than the moon, 2019, is a stark rendering of objects of fear: rat poison, a tangle of extension cords, a redback spider, a knife. “I just wanted to draw, larger than life, the things that I worry about that could harm my children,” Richardson explains. Drawn on cut-out MDF and placed on a wallpaper that brings together “pretty much all the work I’ve made to date” – a pattern of animals both alive and dead – these works place death firmly in the domestic space. The cycles of time continue, our fears repeat themselves, and night falls. 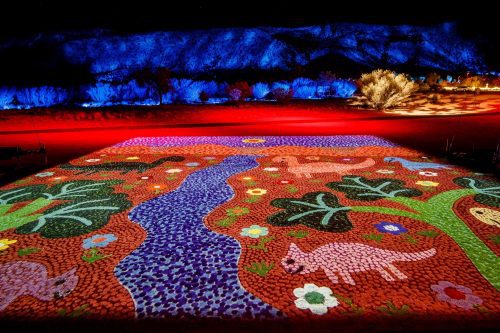 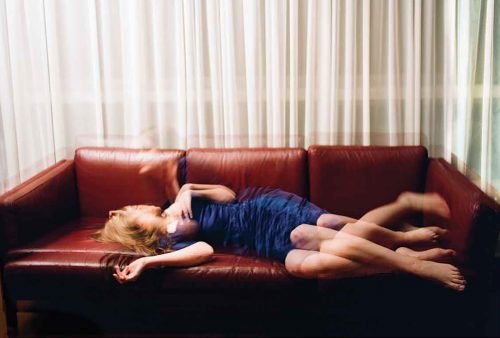