The Perth Institute of Contemporary Art (PICA) is currently closed until further notice.

Artist and musician Laurie Anderson has branched into virtual reality in a collaboration with Taiwanese new media artist Hsin-Chien Huang. Chalkroom, part of this year’s Perth Festival, utilises as a guide Anderson’s disembodied voice, familiar to audiences since her 1981 hit single O Superman. Visitors enter a black room, with phrases and song lyrics painted in white on the walls and ceilings. Anderson says she and Huang created this environment “full of shadows and darkness” as a deliberate antithesis of the “brittle and bright” aesthetic of the virtual reality world. Putting the VR headset on, the white graffiti becomes a multichambered journey. Words fly past, then disintegrate and reform.

The Washington Post reports that Anderson had tried as long ago as the early 90s to pull off a virtual reality project with singer-songwriter Peter Gabriel but that early VR work failed because of the then technological limitations. More than two decades later, Chalkroom “establishes Ms Anderson as one of the artists VR was invented for”, writes New York Times co-chief art critic Roberta Smith. Before making its way to Perth, Chalkroom has now been seen by audiences in the US, Denmark, Italy and Taiwan.

In a video interview on her website, Anderson says: “I wanted to see what it would be like to travel through stories. You begin slowly moving into this world of ramps and hallways, and it opens up to huge towers, and they’re all covered in language. Sometimes letters float towards you; like snow, they’re there to define the space … they’re fractured languages.”

Her main inspiration, says Anderson, was to allow people to fly, “like you do in your dreams”. 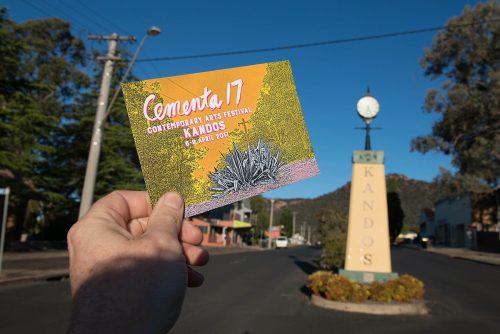 My first experience of Cementa in Kandos, NSW, (at the base of Combamolang Mountain) was Cementa 2015, its second iteration. The Twilight Girls (Jane Polkinghorne and myself) were invited to exhibit and we were collaborating with Mark Shorter in his guise as Renny Kodgers. 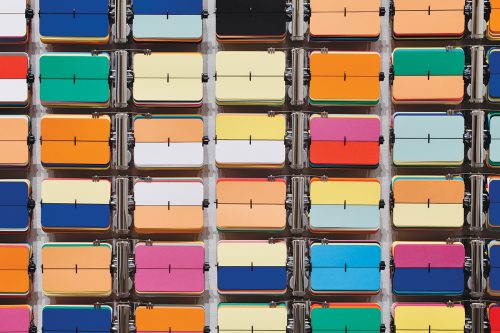 Born and raised in Perth, Rebecca Baumann is a young artist whose career has seen a steady ascent since she graduated from Curtin University in 2003. Residencies in Europe and the US, and most recently in New Zealand, have proven to be fecund endeavours for her.