Amiel Courtin-Wilson has been announced as the winner of the 2016 Digital Portraiture Award for his submission titled Charles. The judges noted the technical mastery of the work, but were ultimately won over by the poignant depiction of its subject.

“The portraiture I find most inspiring takes seed in your body and creates a visceral response before the intellect can take hold,” said Courtin-Wilson.

Established five years ago, the Digital Portraiture Award endeavors to challenge some of the conservative notions surrounding portraiture.

Gillian Raymond, Digital Manager at the National Portrait Gallery, said “this is as much an exhibition about the genre of portraiture as it is about digital art.” She was moved by the depth of Amiel’s portrait and his outstanding use of the digital medium to convey a story.

Courtin-Wilson will receive $10,000 cash and a residency at The Edge, State Library of Queensland, valued at $15,000.

The winning work will be on display, alongside work by the six other finalists in the Digital Portraiture Award 2016, at the National Portrait Gallery, Canberra until Sunday 9 April 2017. 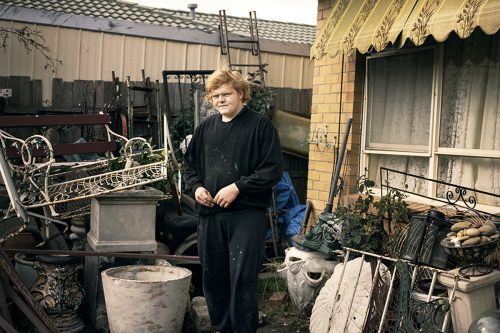 Congratulations to James Bugg who has taken out the $50,000 first prize in the 2018 Moran Contemporary Photographic Prize. 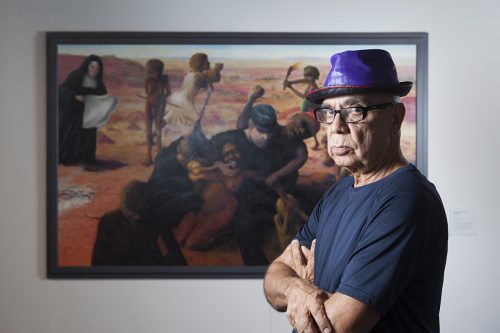 Harold Thomas, the artist who designed the Australian Aboriginal flag in 1971, has been declared the overall winner of the 33rd Telstra National Aboriginal and Torres Strait Islander Art Award.