The $20,000 NAVA Visual Arts Fellowships will allow Burchill and McCamley to experiment in large scale with new digital printing technologies, while Gawronski will use his funding to create new installations in Tokyo, Santiago and Berlin.

Burchill and McCamley work from a studio at their Camberwell home and will again focus their work on the text and personae of female writers such as Emily Dickinson, Simone Weil, Jane Bowles and Gertrude Stein.

“We use a lot of citations in our work from film and literature,” Burchill tells Art Guide Australia. “Emily Dickinson’s poetry and Gertrude Stein’s works, we’ve used them a lot over the years with image and text because we like their writing and it speaks to us.”

The pair met in Melbourne and began working together on Super 8 films in the early 1980s. They both moved into installation work and photography, because Burchill had studied sculpture and film while McCamley had studied film and film theory. A simpatico working relationship was built on shared feminist, psychoanalytic, filmic and semiotic interests.

“We both had those sorts of interests because I suppose in the early 1980s those concerns were quite current,” says Burchill. “Film was taught in art schools then.” The pair work both independently and together. “I always get asked who does what, but let’s just say two brains are better than one.”

Alex Gawronski, meanwhile, has a particular interest in the implications of galleries and museums as cultural sites of spatial and social-political contestation. Many of his works, using varied materials including graphic and textual elements, photography and painting, involve recontextualising something from a specific context to have it say something more general.

The installations he is planning to create with his NAVA fellowship funding in Japan, Germany and Chile are each at an early stage. The planned sites include the independent Goya Curtain gallery, housed in a suburban Tokyo home; an independent artist project space called Liebig12 in Friedrichshain, Berlin; and a space still being negotiated in Santiago. Gawronski will use aspects of each site’s existing architecture to reflect on his themes, but also take elements from each installation and reiterate them in the next.

Gawronski’s PhD, ‘No New Utopia: the Crisis of Art as Critique under Globalisation,’ was awarded by the University of Sydney in 2006. His preoccupation has long been on the way global markets impact the art work that is made and shown.

Is there still a crisis in 2018? “I think there is. The art world has always been made up of art worlds, and I think that is probably truer now than ever as the impact of globalisation has become more and more massive. On the one hand, you have the rise of an incredibly well-funded, spectacularist type of art production, where the emphasis is really just on the visual impact, scale etc etc, where it’s very obvious the level of funding that’s gone into the work,” he explains, “But there are a lot of critiques of this type of system, and there are a lot of artists actually who are writing more and more about alternative ways of producing work, whether it’s alternative networks or alternative spaces. It’s interesting to see how that has escalated as well.”

Gawronski’s fellowship will also be used to produce an artist’s book, documenting his art to date, including essays responding to the work.

2018 is the third and final year of the NAVA Visual Arts Fellowships. 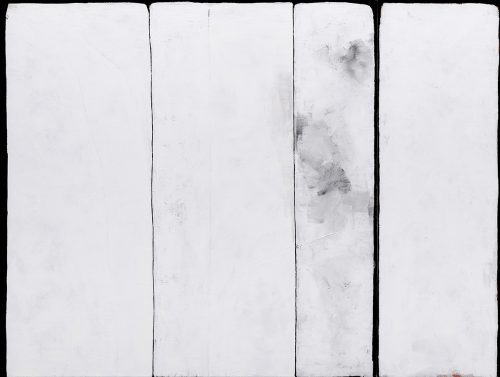 Hayley Megan French: Against the sky

Hayley Megan French paints landscapes that express, via abstraction and minimalism, a connection to place. 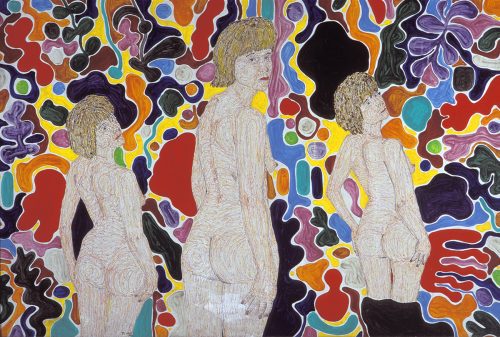