Projected onto a sweepingly panoramic screen, EXIT 2008–2015 is a video and sound installation that relies on statistical data to track the patterns of human migration and the political, economic and environmental reasons for movement across the earth. Originally commissioned by the Cartier Foundation for the 2008 exhibition, Native Land, Stop Eject curated by Hervé Chandès, EXIT is based on French philosopher Paul Virilio’s query, “What is left of our native land?”.

To answer Virilio’s question, an interdisciplinary team led by New York architectural firm Diller Scofidio + Renfro with Mark Hansen, Laura Kurgan and Ben Rubin in collaboration with Robert Gerard Pietrusko and Stewart Smith, combined their collective knowledge and skills to come up with a large-scale data-based work using information sourced from global organisations like World Bank. The result is an installation that bookends research on climate change and presents it alongside maps and statistics to form a complex, mathematically charged narrative.

Since its creation in 2008, EXIT has been shown internationally, most recently at COP21 at the Palais de Tokyo in Paris. To coincide with COP21, in 2015 the Cartier Foundation re-commissioned all the data used by EXIT to be updated to reflect changes that had inevitably taken place.

Currently, this updated version of EXIT is in Melbourne, forming a key part of Climarte’s ART+CLIMATE=CHANGE 2017, a festival looking at the global e ects of climate change and their possible solutions through the lens of art and ideas.

To experience EXIT, viewers congregate in the middle of a circular space that is wrapped in a panoramic screen much like a smaller scale IMAX theatre. Exhibited within the Ian Potter Museum of Art, EXIT’s rotating projectors seamlessly beam globes, maps, animated graphics and text across the screen, building an architecture of information that encompasses every field of vision. In conversation with the Cartier Foundation at the COP21 in 2015, EXIT co-creator Elizabeth Diller of Diller Scofidio + Renfro, explained the 360 degree format was to “use both the globe and maps at the same time. It had something to do with turning the world inside out, of standing in the middle of it somehow and possibly understanding it all at once.”

Indeed, there is a lot to take in and the work is quite cerebral. For 45 minutes, the screen is filled with moving, map-based representations of sea levels rising, temperatures getting higher, humans swarming like dots across countries and cash flowing between migrants and their families back home. The sound of clocks ticking adds to the immediacy of what is on screen and to separate each set of data, an animated graphic of the Earth rolls across the screen to wipe out one set before another can start.

Ricardo Scofidio, Diller’s business partner and fellow EXIT co-creator, went on to reveal to the Cartier Foundation that, “As we began to pull in information and data, we soon discovered what seemed to be unrelated events, were deeply connected to each other. Usually these pieces are isolated and looked at singularly. The water level being raised is viewed as a single problem for cities yet one never understands what it means in terms of migration, in terms of temperature, in terms of many other things.”

Project leaders Diller Scofidio + Renfro are known for their pioneering creations blending visual and performing arts with architecture. Built for the 2002 Swiss Expo, their spectacular temporary structure the Blur Building 2002 was a dome-like frame positioned at the end of a pier in Switzerland’s Lake Neuchatel. Fitted with thousands of fog nozzles that engulfed the structure in water vapour, Diller Scofidio + Renfro literally created a building made of cloud. Most recently, they have been heavily involved with New York’s Manhattan High Line, an innovative park space repurposing a disused elevated railway line.

Another key contributor to EXIT is Mark Hansen, a statistician and journalist specialising in new media, art and technology. Using data to construct visual stories through algorithms, Hansen and frequent collaborator Ben Rubin, founder of EAR Studio, alongside South African architect Laura Kurgan, have each left their mark on EXIT’s seamless flow of information.

The strength of EXIT ultimately lies in its ability to provide an opportunity to visually and physically experience the impact of information usually only seen in print. By pulling together an interdisciplinary team to combine disparate collections of data on migration and climate change into a singular yet multi-layered work, EXIT effectively demonstrates the urgency of our current global state. Highlighting the need for more industry collaboration and creative solutions to worldwide issues, Diller concludes, “These topics are not just for policy makers, these topics really should be touched on by artists, thinkers and philosophers, and that’s why I feel very proud of our piece. It started with a philosopher and ended with architects, artists, statisticians and geographers. That’s the way the world really needs to think, across disciplines, across borders.”

EXIT is part of CLIMARTE’s ART + CLIMATE = CHANGE 2017 – a festival of exhibitions and events harnessing the creative power of the Arts to inform, engage and inspire action on climate change. 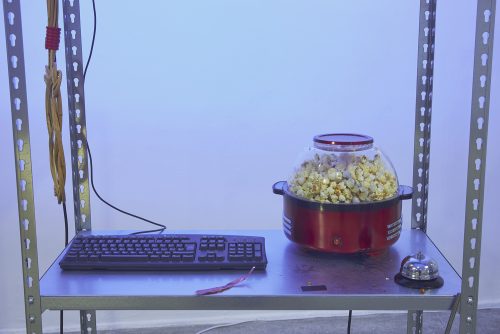 The first Australian show from Lawrence Abu Hamdan, the Beirut-based, British-Lebanese sound artist and self-described ‘audio investigator’, is a complex, politicised interrogation of the possibilities and mysteries of sonic experience. 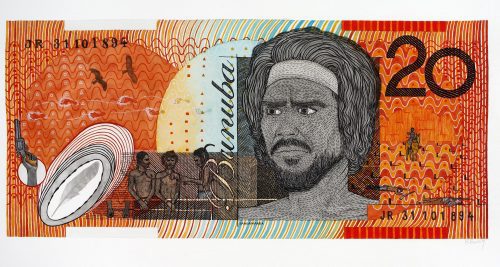