A bright future and interesting past: Rockhampton Museum of Art is reopening 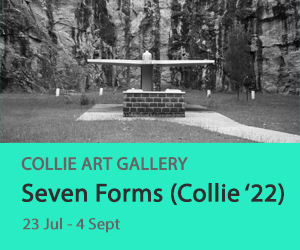 A bright future and interesting past: Rockhampton Museum of Art is reopening

The ‘reimagined’ $33 million Rockhampton Museum of Art, rebuilt along the Tunuba— Fitzroy River—four blocks away from its previous site, capitalises on a very colorful past of art collecting and scorned love, and holds a promising future of greater interaction with the local Darumbal people.

First opened in 1967, Rockhampton’s great hope is that the museum—reshaped as a cultural hub with new permanent and touring galleries, education spaces, community recreation, a restaurant and café—will boost cultural tourism and employment. Re-opening after the two-year rebuild, the museum will display its extensive holdings of 20th century Australian art, affording a designated collection space for the first time.

“It is safe to say that we will be able to show four times as much collection work,” says Jonathan McBurnie, who has been in the director’s role for three months, having previously been the creative director of the Perc Tucker Regional Gallery in Townsville. “We will be able to pull out work that’s not been seen for a long time, perhaps ever.”

On the outer wall between gallery one and two, Bidjara, Ghungal and Garingbal artist D. Harding is executing the specially commissioned Wall Composition on Darumbal, a large-scale wall drawing and painting more than 15 x 15 metres, in bold blue and earth-toned orange. Brisbane-based Harding came to Rockhampton and worked closely with the Darumbal people to make sure the cultural information the work conveys is appropriate, says McBurnie.

There is also imminent public programming of work by Darumbal artists, but how significant are Rockhampton’s holdings of traditional and contemporary Indigenous art? “Look, if I’m being honest, I actually see that as maybe a bit of a weakness of the collection here, and I think it needs addressing,” admits McBurnie. “We do have some significant works, but I am honestly surprised at how few we own, getting here, but that’s something I think I and the entire team really want to rectify in the coming years.”

Is this what is meant by the museum’s announcement it is “celebrating inclusivity”, acquiring more works from Indigenous artists? “That’s one part of it,” says McBurnie. “More important than buying art is actually real engagement with the community.” The museum is employing a First Nations arts officer as well as creating two traineeships.

Central to the museum’s history is the shadow of the late Rex Pilbeam, who held a record 30-year term as Rockhampton mayor, which was nearly cut short after its first year when his jilted mistress shot him, lodging a bullet just above his heart. The local Pilbeam Theatre, which housed the earlier incarnation of the museum, was named after him.

But perhaps Pilbeam’s greatest legacy was helping to acquire a trove of works by some of Australia’s most significant artists, including Arthur Boyd, Russell Drysdale, Sidney Nolan, Jeffrey Smart and Margaret Olley. As Queensland Premier Annastacia Palaszczuk approvingly tweeted last year: “In 1976 … Rex Pilbeam took advantage of a Federal Government subsidy scheme offering to pay 70 per cent of the purchase price of artworks to build the collection and bought half a million dollars-worth of art for only $60,000.”

Councillor Drew Wickerson, Rockhampton’s portfolio chair for communities and heritage, says there was a massive loophole in the Fraser-era Australian contemporary artists booster scheme. “Rex Pilbeam was ‘colorful’ for a range of reasons: he wasn’t the most politically correct person in the world, very chauvinist. He was married, but a former lover, within the council ranks, was a bit jaded and shot him, and he carried the bullet around. ‘Colorful rogue’ is probably being very polite.

“He was also very cunning, so he heard about this scheme, and he teed up with the local Right Reverend John Bayton and they went all around the region, because we were a Catholic town, and collected a sum of about $500,000—a lot of money in its time—and they trundled off all through Australia and bought 176 pieces of art, I think it was about $376,000 they paid for them.

“They flew, jumped in the car, visited the artists, embedding themselves in the artists’ lives, and asked, ‘Can we buy some of your artwork?’ Then they sent the invoice into the government under the acquisition fund. Those people probably had a heart attack because they were expecting one piece, and here they had 176 pieces, but because of the poorly written funding arrangements they had no choice but to pay it.”

According to Lorna McDonald in Rockhampton: A History of City and District, the museum’s art acquisitions committee was eventually allowed to buy $500,000 worth of artworks for just $60,000 in the settlement with the Federal Government. Wickerson says it will finally be possible to put the entire Pilbeam legacy collection on display at once, if McBurnie chooses to do so.

In rebuilding, Rockhampton has considered the favourable economic impact David Walsh’s Museum of Old and New Art (MONA) has had on the Tasmanian economy, with an eye to cultural tourism. “We want to become the cultural hub of central Queensland,” says Wickerson.

“There was some critique of the contemporary nature of the building, because it’s right beside the old sandstone Customs House [built between 1891 and 1901], so some of the armchair architect experts said it clashes, but we couldn’t have made a replica sandstone edifice right beside it, it doesn’t work like that,” he says. “But as a modern building, it sits in harmony with it.” 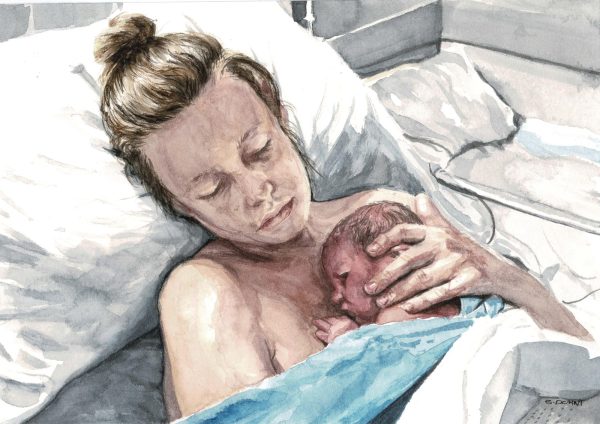