The full list of artists who will participate in the 21st Biennale of Sydney has been announced. The curatorial theme is SUPERPOSITION: Equilibrium & Engagement. The event will be held across seven venues, 16 Match to 11 June 2018.

In launching her artistic program, artistic director Mami Kataoka emphasised that 21% of the artists she has selected are Australian, and around half of these are Indigenous. She also highlighted her interest in the history of the Biennale of Sydney, in its archival material, and in the permanent collections of two key venues, the AGNSW and MCA.

In addition, Kataoka was very pleased to announce that the Sydney Opera House, venue of the first ever BoS in 1973, will once again be part of the Biennale. The other venues in 2018 are Artspace, Carriageworks, Cockatoo Island, and 4A Centre for Contemporary Asian Art.

The Art Gallery of New South Wales (AGNSW) will display extensive Biennale of Sydney archives as well as the work of 17 artists including Sydney Ball, Roy Wiggan, Roy de Maistre and Marlene Gilson.

Five artists will show at Artspace, including Ai Weiwei whose Crystal Ball, 2017, Kataoka described as reflecting her own thoughts on “how cosmic order comes together.”

Carriageworks will feature the work of eight artists/collectives, including video pieces by Semiconductor, Trinh Thi Nguyen, and Chen Shaoxiong.

Kataoka described Cockatoo Island as a “challenging space” but was thrilled to announce that several of the 20 artists showing there will make the most of its industrial scale and relics to create works that have a factory-like feel.

These include Anya Gallaccio’s 3D printed clay mountain range and works by Mit Jai Inn and Yasmin Smith. Meanwhile Abraham Cruzvillegas will construct a massive collage assemblage from material gathered on the island.

At the Museum of Contemporary Art Australia (MCA) Ciara Phillips will host a working printmaking studio that audiences can participate in, alongside works by 17 other artists (some from the permanent collection) including Brook Andrew, Marc Bauer, and Nicole Wong.

The Sydney Opera House will present new works by Rayyane Tabet and Oliver Beer. Both artists respond to Utzon’s architecture. It will also host the keynote lecture by Ai Weiwei and the Sydney premiere his new feature-length film on the global refugee crisis, Human Flow, 2017.

4A Centre for Contemporary Asian Art features a video work by Akira Takayama that documents the people of Sydney singing their ancestral songs at Sydney Town Hall. And Jun Yang will also present a video as well as a wallpaper piece.

“The artists in the 21st Biennale of Sydney have been chosen to offer a panoramic view of how opposing interpretations can come together in a state of equilibrium,” said Kataoka. “The history of the people of Sydney collectively reflects the history of the world in the 20th century, in particular the movements and migration of people and cultures away from conflict. My hope is that the artworks in this Biennale will serve as a catalyst for thought for all of us.”

The complete list of 2018 Biennale of Sydney artists, organised by venue, is below.

Art Guide Australia is a proud media partner of the 2018 Biennale of Sydney. 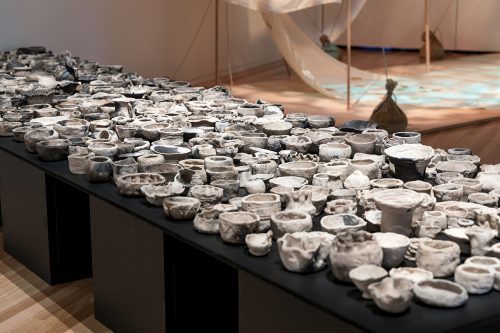 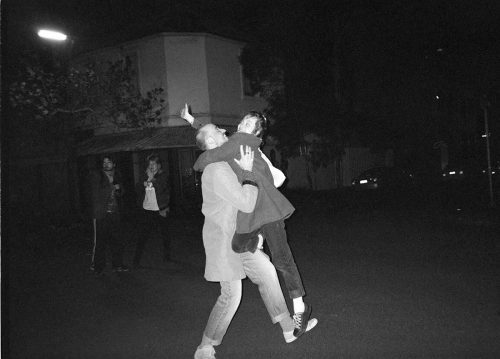 Blindside’s Summer Studio residency allows artists to develop their work over a three-week period during the art world’s quieter time, culminating in an exhibition in mid-January.