Mirka is derived from Miriam, a name reasoned to have reached the Levites via the Egyptian ‘mer-er’ — meaning ‘love’ or ‘beloved’. In ancient times it was etymologised as ‘bitter sea’ or ‘strong waters’. Both of these meanings very much relate to the woman who crossed oceans to arrive in Melbourne with her son Phillipe and husband Georges in 1951 from Paris, and who set about breathing life into dull little Melbourne.

“When someone passes away, a lot of stories and memories come out and you celebrate their life as well as mourn their passing,” says Lesley Harding, artistic director at Heide Museum of Modern Art. Harding’s phone rings insistently, it’s three days after Mora’s passing, “it’s been a busy and very sad week.”

A selection of Mora’s dolls covers a table in Harding’s office, they were filmed by a commercial news program yesterday. The calico dolls’ painted faces itch to blink and come to life like an Eastern European stop-animation. They’re unmistakably Mora’s – doe-eyed and folkloric, some adorned with lace and other fabrics, still others with embroidered features. There are friendly snakes, deer-horned lady torsos, mermaids and even a cat in a onesie. These characters and creatures are part of the 200-strong troupe of dolls which are on display in Pas de deux, a show that was to be a celebration of Mirka’s 90th birthday.

Heide undoubtedly has one of the strongest collections of Mora’s work in Australia. Her connection to the former artists’ colony goes back to the Moras’ long-lasting friendship with Francophile Sunday Reed and her husband John. Mora’s eldest son Phillipe has remarked, “’We used to go to that house [Heide] every weekend in the ’50s … It was a dream place for a kid because there were chickens and cows and whatever you can think of, a fantastic place.”

Early on, Mora was dressmaking by day and painting whenever she could. “John and Sunday [Reed] really supported Mirka in her burgeoning art practice.

She’d been painting when she was in Paris, but really the ‘50s saw the development of her idiosyncratic style,” says Harding. That style draws on many threads and themes, from religious motifs to household objects, coalescing into something accessible and whimsical that has translated freely to mosaics, frescoes, fashion, and ceramics. Mora was soon exhibiting, with Georges also very heavily involved in the art scene with the Reeds at the time.

In addition to the upcoming exhibition, Harding, along with senior curator Kendrah Morgan, worked with Mora on the book, Mirka & Georges: A culinary affair, and they had many long discussions with her over the years. Mora knew how to hold court, and hold court she did in the various cafes and restaurants she and Georges ran. Mora went to theatre school in Paris, and with her delightful French accent she was known for her mischievousness (she once cut holes in her dress so that her nipples would peep out).

Her private self though, says Harding, was wise and stood in sharp contrast to the icon the public was so familiar with.

“She was a very complex person, and the drawing and the painting practice were a constant for her – a way of expressing her fears and fantasies.”

Mora once described painting as euphoria that gave way to pain. In Mora’s life there are glimmers of darkness in her levity. Her life in Europe – pre-emigration, and then her rich contribution to the Australian cultural scene were two distinct chapters.

There is one scene from Mora’s past that she described several times to Harding, and which entered into her imagery. She recalled rows of children peering through the fence as she and her mother, Celia, a Romanian Jew, left a transit camp, thanks to the efforts of her father, Leon Zelik, in arranging their release before they reached Auschwitz. They spent 1942–1945 hiding in forests in France.

When pressed about the angels populating her artworks she explained that they were the souls of the lost children.

Mora collected dolls and was often gifted them: antique dolls and prams filled her home. Harding sees this through the lens of Mora’s “lost childhood”. Her own dolls are an extension of her collecting, though in her act of creation there is there is the hint of a longed-for redemptive act for the children who weren’t rescued.

Mora’s dolls haven’t been shown en masse since the 1970s, in Pas de deux they will crowd the gallery space, along with her rarely-seen drawings, invoking their vibrant creator.

“The dolls are a natural complement to her drawings,” says Harding. Mora herself said that her dolls were drawings in three dimensions. “There’s a nice synergy between the two, and the drawings are again a very intimate part of Mirka’s practice, particularly her sketchbooks which haven’t been shown publicly.”

Pas de duex at Heide will no doubt become a site of pilgrimage for those wanting to celebrate Mirka, the beloved artist. 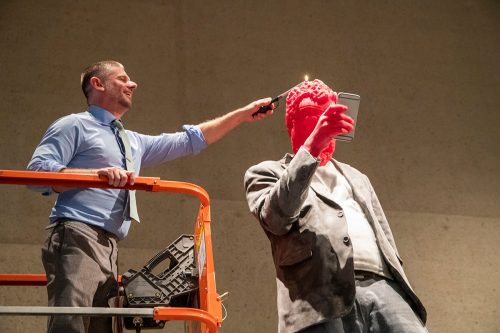 Urs Fischer’s four-metre red wax sculpture, Francesco, 2017, is designed to be lit and slowly melted like a candle. Recently acquired by the National Gallery of Australia (NGA), the sculpture’s decomposition is being documented on social media—and attracting lively discussion. 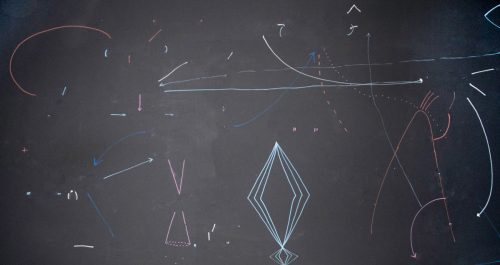 Dug and Digging With is the result of a 12-month collaboration between emerging curators Katie Barber and Stan Mahoney and seven visual artists, writers and theorists whose practices are process-based and research-driven.