That Seventies Feeling…the Late Modern showcases some of the Gallery’s best works from the decade that saw the opening of AGWA’s much longed-for new Gallery.

Rather than echoing the various high key transformations going on in the pop world at large, these works deal with how space is dealt with in relation to the body, how artists work with the flip between memory and immediate experience and how politics and performance are traversed. In many senses, they are also reflective meditations on what is artistically possible when the turnover of “isms” that characterised the early decades modernism has slowed down and artists are innovating in more subtle and less overt ways.

This show demonstrates a hidden richness and complexity to how we think of the seventies, while also reflecting the building’s own place in the story of modernism, as a regional example of a late Brutalism that itself foregrounds materiality and the experience of place, light and landscape.

Full of surprises and rarely seen works, That Seventies Feeling…the Late Modern examines a transformative decade for Western Australia, the Gallery and the world at large. 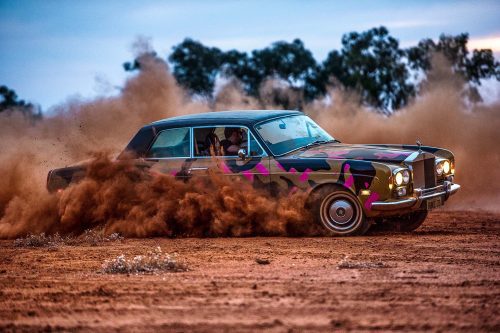