Exhume the grave—McCubbin and contemporary art

Exhume the grave includes works by contemporary Australian artists in response to Frederick McCubbin’s enduringly popular paintings, including those in the complementary exhibition Frederick McCubbin—Whisperings in wattle boughs (2 October to 28 November).

At the time of his death in December 1917, McCubbin was one of the most widely known and successful artists of his time. He was celebrated and critically acclaimed for his large-scale ‘national narrative’ paintings including Down on his luck 1889, A bush burial 1890, On the wallaby track 1896, and The pioneer 1904.

The acquisition of these paintings by major public collecting institutions has undoubtedly played a significant role in the now-iconic status of these works. Down on his luck was acquired by the Art Gallery of Western Australia in 1896; On the wallaby track entered the collection of the Art Gallery of New South Wales in 1897; A bush burial was purchased by Geelong Gallery in 1900; and The pioneer was acquired by the National Gallery of Victoria in 1906. The sentiments and emotive subjects of these works have helped develop for them a popular visual literacy: they are images that have impressed themselves powerfully on public consciousness over time.

Not surprisingly, their significant public profile has also led to these paintings being the subject of re-evaluation and reinterpretation by contemporary Australian artists, through the lens of gender, cultural diversity and inclusion. More than a century after McCubbin painted these works, our ideas of nationhood have evolved: we understand the negative impacts of colonialism, and we have a greater understanding of the wide social diversity of immigrant experience, of the capabilities and integral contributions of women—beyond the prescribed gender roles depicted in historical narratives—and of the significant environmental impacts caused by clearing the land. 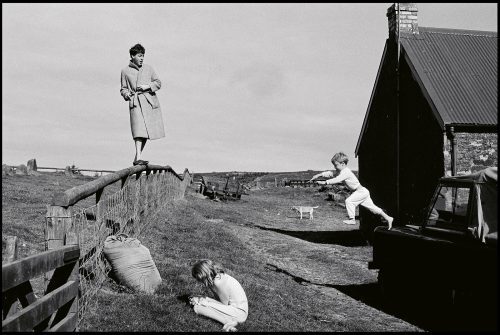