Writer sings for her supper

Writer sings for her supper

If you had told me a month ago that I was going to be part of a singing performance artwork at the Museum of Contemporary Art (MCA), I would have assumed you were drunk. It’s with absolutely no false modesty that I say I can’t sing. I was once asked to be quiet at a Sound of Music sing-a-long, by a nun. Ok, so it was a man dressed as a nun, but I still considered it Holy Intervention.

I was therefore more than a little apprehensive about participating in Moving Collected Ambience, 2014–2016, by Super Critical Mass (Julian Day and Luke Jaaniste). While the confirmation email stressed ‘no experience necessary’ it was with sweaty palms that I arrived at the first rehearsal at the MCA with about 50 other volunteers.

Day and Jaaniste are skilled at creating a relaxed atmosphere, which is useful given that the vibe in the rehearsal room initially resembled every awkward school dance I’ve ever been to: people were holding up the walls and avoiding eye contact. We were given a description of the work and some background to the performance. The artists had conducted research in the gallery and noticed that generally a maximum of three people will look at an artwork at any one time.

This formed an important part of Moving Collected Ambience, which breaks from the convention of silence in an art gallery through the collective resonance of a chorus of voices.

The first rehearsal was about getting to know one another and learning the performance framework. The work consisted of wandering through the gallery. When you stopped at an artwork, you hummed. If another person joined you, we synchronised our breathing and hummed together. If a third person joined the group, we all hummed together, then opened our mouths to produce an ‘ahhh’ sound. Once someone left the trio we returned to humming. Proximity to the artwork effected humming pitch: low tones for closer, higher pitched for further away.

I was slightly relieved. Humming… I can do that.

At our second rehearsal, one week later, it was apparent that people were becoming more relaxed around one another. We were able to do a full one hour run-through which involved wandering and humming on the level 2 galleries and having an exclusive look at the new exhibition from the MCA collection, Today Tomorrow Yesterday. I have to admit, the effect when all our voices were raised together was quite moving, and more than once I found myself caught up in the performance.

I’m not an artist, though I have worked with a great many, interviewed and written about a great many more. I have always thought I lacked the exhibitionist gene I felt was necessary for performance art. I have always been more of an observer than an active participant. Through Super Critical Mass I was encouraged to engage with strangers for a common cause and objective: to create something beautiful. The sense of community this created was commented on by almost everyone present and by the time our first performance came around at the opening of Today Tomorrow Yesterday, these people were more than simple fellow participants: they were friends and comrades, partners in crime.

The crowd on the Wednesday night opening seemed only mildly curious about us. By the time the halfway-mark rolled around (arguably the highlight of the performance when all our voices harmonise together) most were availing themselves of the free alcohol at the bar across the way. We soldiered on with what proved to be an exhilarating experience. There was a moment as I moved from one room to the next that I could hear performers in two rooms, at opposite ends of the corridor, sounding off against one another. I was alone in the space and for the briefest of moments I stood still and closed my eyes. This was the experience I’d hoped the audience would have.

Saturday proved to be a much more rambunctious crowd, children and families filled the gallery with noise and movement. I was far more aware of the people and camera phones around me, and that to these people I was no longer a person. I was an artwork. It was quite amazing to see members of the public joining in with the vocals and how delighted most appeared to be with the musical interlude in their gallery visit.

From a purely social interaction perspective, participating in Moving Collected Ambience was fascinating. I realised that I’m a joiner, preferring to attach myself to a fellow hummer, particularly to a couple, rather than hum alone. Several other unexpected things happened. I wasn’t nervous at all about singing in a gallery in front of complete strangers. The hour long performance felt like it only went for half an hour, and I could have gone for longer. I was sad when it was all over. All that preparation and work. Then was suddenly gone, like Christmas. It felt like I’d made new friends whose names I don’t know but if I saw them in the street I’d go up to them and say hi. And hum. I found myself saying that I would willingly participate again in the future. And I wasn’t just being polite. I actually meant it.

I’m very grateful to Julian Day and Luke Jaaniste for being so open and generous with their time and for sharing this work with us. It’s easy to forget when you’re so involved that it was their work, their concept, their creation, and we were merely the ones articulating it. To any of my fellow hummers who might happen to be reading this, it was a pleasure and a privilege to perform with you.

Moving Collected Ambience by Super Critical Mass was performed on 31 August and 3 September 2016 at the Museum of Contemporary Art, Sydney. 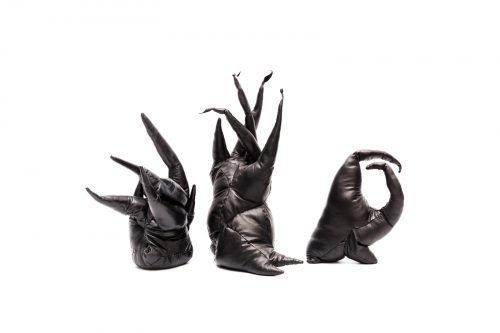 An exhibition titled Animal Nation may, on the surface, presuppose a simply figurative display of animal life. 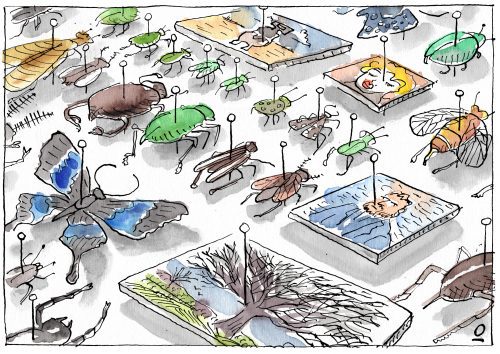 “For all the apparent difficulties of the collector-dealer-artist business model, there just doesn’t seem like a viable alternative, whatever the scale of the operation.”