WONDERLAND the book coincides with an Australian Centre for the Moving Image (ACMI) exhibition of the same name, opening 5 April. Both explore the 40-odd filmic and televisual interpretations that have hit the screens since Lewis Carroll first published Alice’s Adventures in Wonderland in 1865. The book features 19 essays and a foreword by Australian actress Mia Wasikowska who played Alice in director Tim Burton’s 2010 adaptation. In the extract reproduced with permission below, Joanna Di Mattia examines Norman Z McLeod’s 1933 film and positions Alice as a defiant teen and proto-feminist.

Alice on the Verge of a Nervous Breakdown: Norman Z McLeod’s Alice in Wonderland
by Joanna Di Mattia

Will I ever get into the beautiful garden?’ Charlotte Henry’s Alice cries in frustration after she takes a drink from a bottle (‘Not poison’) that she hopes will let her fit through a very small door. Her decision backfires when she grows so big that her head touches the ceiling. Soon enough, another opportunity presents itself – a cake labelled ‘EAT ME’. Alice takes a bite and shrinks to a height of just three inches. The chaos of identity and identification so central to Lewis Carroll’s Alice’s Adventures in Wonderland (1865) and its sequel, Through the Looking-Glass, andWhat Alice Found There (1872), presents itself in this symphony of bodily transgressions. It is a sequence that is equal parts liberating and alarming; as Alice later tells the Caterpillar (Ned Sparks), ‘being so many sizes in one day is confusing’.

Trying to figure out how you fit into the world as a girl, whether in Victorian England or elsewhere, can often feel like navigating a world gone mad.

In Norman Z McLeod’s Alice in Wonderland (1933), faithfully scripted by Joseph L Mankiewicz and William Cameron Menzies, Alice is introduced as a girl who does not know her place. She won’t sit still and read, won’t drink her tea and refuses to do her lessons. She wanders around touching objects that are off limits to her, including a turtle and her father’s chess set. Alice rejects the limitations of the space mapped out for her. But rather than sit passively, on what is decidedly not a ‘golden afternoon’, Alice actively disrupts the order of things, encouraging the White Queen to knock over the White King. As she says to her governess, Miss Simpson (Ethel Griffies), of the transgressive chess piece, ‘She never does look where she is going’.

When Alice falls through the looking-glass into a fantastical world (in what we later learn has all been a dream), she is guided by a desire to escape her confinement.

But things change once she gets there. What she finds in Wonderland is not an Edenic paradise but a nightmare of monstrous adulthood. McLeod – a contract director with Paramount best known for his Marx Brothers films including Monkey Business (1931) – helped shape this Alice in Wonderland. It isan adaptation that depicts episodes from both of Carroll’sbooks and in which claustrophobia and menace outweighamusement and frivolity. McLeod’s Alice in Wonderland wasoriginally released as a ninety-minute film then trimmedto seventy-seven minutes when it first screened ontelevision in the 1950s. As a result, it moves throughepisodes with a pace that mimics the shuffling ofcards or the quickly turning pages of a book. Perhapsa deliberate effect of the truncated running time,these edits nevertheless heighten the manic chaosof the looking-glass world.

Alice experiences this chaos as soon as she opens the door on Wonderland.

She finds herself besieged – both by the unfamiliar environment and the curious creatures that inhabit it. While Alice remains curious, and revels in both the pleasures and perils that her curiosity brings, in McLeod’s hands her journey underground taps into something darker and more profound. There is plenty of nonsense and a bold embrace of the surreal. Special effects and art direction, largely fashioned by an uncredited William Cameron Menzies, embrace spatial distortions that create an atmosphere akin to a German Expressionist film, where characters adopt menacing poses and shadows encompass unnamed threats. Within this space, Alice is pushed to the edge of perception, and possibly even of her own sanity. This Alice rarely appears to be having fun.

Alice’s escape into Wonderland is an escape from the routines of childhood.

Her observation that ‘I am not myself’ reveals a body in the midst of significant change. But our understanding of what that change is, and of its consequences, is transformed by the fact that Charlotte Henry was seventeen years old when she played Alice. Carroll’s Alice is just seven in Wonderland, and only six months older when she steps Through the Looking-Glass. Despite some clever costuming, Henry looks distinctly like a teenager. McLeod’s film fascinates because we engage with his Alice not as a child, but as a girl on the brink of puberty and womanhood, trying to find her way in a world shaped by men.

Alice’s encounters with Kings, Queens and other creatures mostly identifiable as male –the Caterpillar, the Cheshire Cat (Richard Arlen), Tweedledee (Roscoe Karns) and Tweedledum (Jack Oakie) and an unrecognisable Cary Grant as the Mock Turtle –are studies in proto-feminist resistance. Each one tries to indelicately impose their own worldview on her. Indeed, Alice’s initiation into the adult world as a girl on the verge of womanhood is fraught with men repeatedly explaining things to her. WC Fields’s Humpty Dumpty describes the world as such – ‘The question is which is to be master, you or the word’ – but refuses to grant Alice access to the knowledge he has. ‘I could, but I won’t,’ he decides. The Hatter (Edward Everett Horton), suitably mean and mad, exacerbates her confusion with questions, riddles, and demands that she wash the tea things. Given little freedom to express herself, and locked out of the argument, we understand Alice’s frenzied frustration as she walks away, declaring it the stupidest tea party she has ever been to. By the film’s penultimate sequence, in which Alice is crowned Queen, the editing and sound design compose a maelstrom in which the terror of impending puberty comes into full view.

Alice is pushed to the brink, and then she wakes up, just in time.

The 1933 Alice in Wonderland provides a complex view of Alice. While much of her ability to author her own narrative is thwarted by characters that see her as a pawn in their games, the question asked in the final chapter of Carroll’s book – ‘who dreamed it?’ – holds the key to her future. If Alice has the power to dream it, she can also dream it again and again, differently each time. The film’s final image, in which Alice reaches up to touch the looking-glass once more, suggests she knows this. McLeod leaves us with an Alice who has the ability to remake her world – and not just in her dreams.

The book WONDERLAND can be purchased online through the ACMI shop and will be available in good bookstores from 1 May. 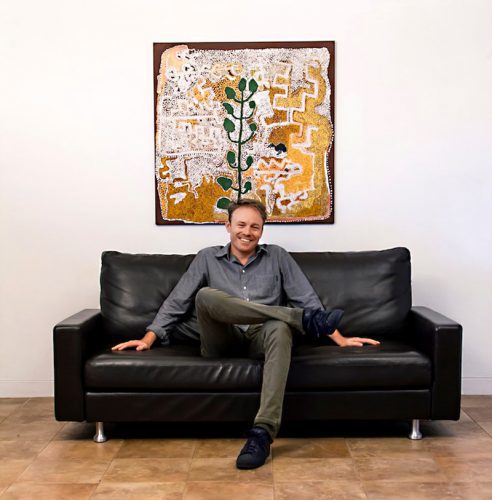 When Luke Scholes talks about being a curator, he turns toward the origins of his role: he discusses how curating means to be ‘a carer of things’. 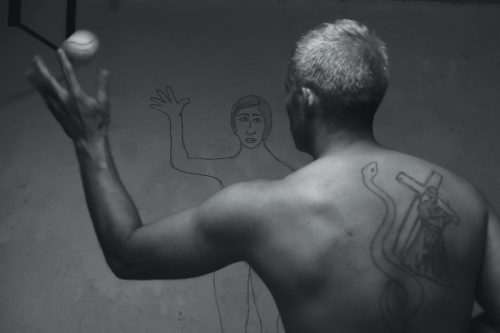