Water is always listed last when naming the four elements: earth, air, fire and water. But water is fundamental to our existence. Life on earth emerged from the oceans and the fact that our bodies are composed of about 60% water is a reminder of our ancient origins. In this feature Tiarney Miekus examines the importance of water and looks at two artists who try to come to terms with our complex relationship to this mercurial element.

In 2007 my family, and thousands of other families throughout Australia, received a small hourglass timer in the mail. The timer lasted a total of four minutes and was sent to us by the local council, with instruction to suction the device to our shower screen, ensuring our daily shower didn’t exceed the falling sand. With rushed showers, buckets of collected water for the garden and other water-saving measures becoming part of our day-to-day lives, it was the first time many of us were fully confronted with the true scarcity and value of water.

Of course, this is insignificant in comparison to the overwhelming water-related concerns the world is currently facing. In excess of 800 million people cannot access clean drinking water, global sea levels are already increasing, at-risk nations plan for inevitable migration, thousands of asylum seekers cross oceans and seas in every corner of the world and many lives are lost in the water. In Australia, the ongoing controversy surrounding the management of the Murray-Darling Basin, Australia’s longest river system, is one of this nation’s most political and publicised environmental issues, while the devastating effects of the Deepwater Horizon disaster are still reverberating in the Gulf of Mexico.

Yet as real as these things are, they can be difficult to grasp due to their scale and complexity. When we think about water, or make art that invokes it, the resource often becomes a metamorphic trope, a political tool, or an environmental symbol.

Since the rise of eco-aesthetics in the 1960s – a blend between art, ecology, ethics and politics – many contemporary artists have been developing new ways of looking at this most important resource.

Melbourne-based artist Virginia Overell uses water quite explicitly in her work and provides a compelling entry-point, precisely because her installations focus upon the problems of perception and representation. Taking the ocean as her main focus, Overell says, “It’s about how difficult, large and incomprehensible it is to think about the ocean. We’re constantly trying to understand it by repeatedly representing it, applying data or just trying to make it human-sized or related to us on a plane that we can understand.”

In 2015 Overell presented her installation The Sea Is Not A Metaphor, which brought together a series of common representations of the sea, showing the efforts needed to bring water into language and imagery we can understand; postage stamps, geographical paraphernalia, oceanic studies and YouTube footage of floating MH370 debris. The artist also references quotes from the media and literature, pointing out the way we repeatedly describe the ocean as “dense”, “large”, “vast”, “open” and “complex”. Yet rather than seeing water as a metaphor for something psychological or as a symbol of the human condition, Overell reverses this process; water is something external which influences us and our way of thinking.

What emerges, then, are questions about the futility of representation. It’s not just a question of how we can reflect the scale of the ocean, but how we attempt to represent what we can never actually know. Overell’s 2016 installation, An end to all this water, takes its title from a quote in Waterworld (the Kevin Costner flop), where the characters try to imagine an end to water because they’re simply overwhelmed by it. The end of drinkable water is contemplated in the work, as well as touching on issues of global trade, asylum seekers and climate change; all overwhelming issues tied to an overwhelming resource.

Exhibited at West Space in Melbourne and making good use of the windows, Overell’s installation positioned viewers to look outwards, by lining the windows with small containers of water. These makeshift bottles were created using building plastic that was filled with water and then folded, taped and sealed with a hair straightener to give a three-dimensional appearance. After being piled against the windows, they were contained by fencing and more building plastic, forming a persistent barrier between the viewer and the water. Overall said she was aiming to create a ‘separation’ to the work and was “thinking about that incomprehensible feeling, or a distance, or a futility in experiencing the extra-terrestrial.”

This was playing out just fine, until the containers inevitably burst, with the artist at the gallery almost everyday repairing the work. Such effort only adds an extra sense of fruitlessness. As Overell says, “It’s about the total futility of the project; having to repair the containers, but also talking about how you only see the sea or ocean through images, while meanwhile I’m making a work about the sea.”

Herein lies the complicated paradox of Overell’s work: the idea that there’s success in futility.

The reward is simply the attempt of taking something utterly unknown, something that feels beyond our imagination, and trying to bring it into human space; each representation of the ocean is just another way to fail better.

While Overell’s work evokes the ocean, Melbourne-based artist Joseph Griffiths takes what he calls “an urban ecological approach” to consider water through the fountain. With a background in linking archaeology and art, Griffiths cultivated an interest in water and travertine after undertaking a residency in Rome. Broadly speaking, travertine is a sedimentary rock formed by the precipitation of minerals and the calcification of stone underground and perhaps better known as the main component of Roman monuments and fountains.

Griffiths began to link travertine to not only fountains, but to geology, ecology, culture and history; ultimately giving way to a fascination with the broader water ecosystem of cities.

“I became aware of how important and fundamental water engineering is to the history of Rome in general,” says Griffiths. “I was really interested in how these Roman fountains were a gateway into considering how foundational water is not only to an urban structure, but the very material that Roman edifices and grand architectures were actually made of.”

Griffiths’ installation Fountains, exhibited at BUS Projects as part of the exhibition The Beach in 2017, and initially shown in Berlin in 2016, focuses upon the fountain and blends cycles of growth and decay, the ancient and contemporary, nature and culture.  Griffiths’ fountains are minimal constructions of travertine, marble, water, sound and light. The fountain stems from the ceiling to the floor, with water literally dripping water from the gallery’s roof. The process is designed to evoke a fragile ecosystem: a circular relation between nature and human engineering.

Griffiths is currently completing his Masters degree on the art-historical tradition of the fountain, with his research often informing his art and vice versa. “At the moment I’m using the fountain tradition, and it’s historic-artistic language, to talk about these different water systems,” he says. “I’m trying to think of the fountain as a nature-culture hybrid entity on the one hand, but also using the fountain as a tool to talk through art about different water-related issues and to engage with water’s infrastructure.” As Griffiths further points out, the relationship between water and urbanism, or how we design our cities to both accommodate and control water, is “often unseen.”

At the heart of Joseph Griffiths work are important environmental and ethical interests that deal with how we understand nature. “The job of the artist isn’t simply to raise issues, but to critique the way these issues are often dealt with within culture,” he explains. “There’s a lot of guilt surrounding the environment and there’s a lot knee jerk reactions, and one of the big projects is to rethink what this so-called nature is and reinsert ourselves within that; art can help do that.” 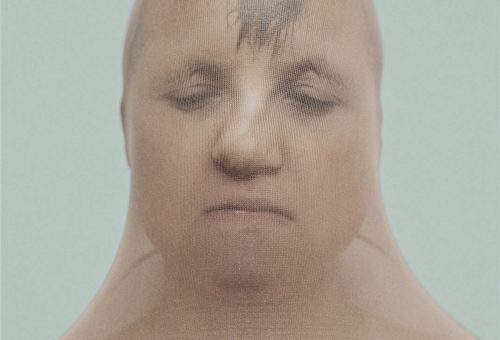