In early 2017, UNESCO entered a series of mid 20th century Warlpiri crayon drawings in the Australian Memory of the World Register.

Larry Jungarrayi was a Warlpiri man of the Western Desert, among 21 men and three women given crayons by the anthropologist Mervyn Meggitt, in 1953 and 1954, and asked to draw Indigenous relationships to kin, culture and country. This was two decades before Aboriginal artists began employing acrylic paint, at Papunya in the early 1970s.

Jungarrayi, a ceremonially active man then in his late 30s, with broad horizontal initiation scarring across his torso, drew several pictures of trees at the then new “native settlement” at Hooker Creek (Lajamanu), on Gurindji country, 890 kilometres south-west of Darwin. “Larry was fascinated by trees on the creek,” Meggitt recalled in 1965, the year he deposited the crayon drawings at what is now called the Australian Institute of Aboriginal and Torres Strait Islander Studies (AIATSIS), in Canberra.

“He was looking at those trees,” clarified artist Tess Napaljarri Ross, the adopted daughter of Jungarrayi’s brother, in 2011, “but he was thinking about his own country, Yarripirlangu.” About a year before the drawings were made, authorities had forcibly moved Jungarrayi and 130 of his countrymen from traditional Warlpiri country hundreds of kilometres away, trucking them into Hooker Creek.

“They were both right,” explains Associate Professor Melinda Hinkson, an Australian Research Council Future Fellow now based at Deakin University, who quotes Meggitt and Ross in her 2014 book, Remembering the Future: Walpiri Life Through the Prism of Drawing, which outlines the story of these remarkable vibrant pieces of art. “Larry Jungarrayi no doubt was profoundly homesick, and quite likely was thinking about the trees in his own country when making those drawings.” Hinkson speculates that at least some of the crayon art created at Hooker Creek was “quite possibly about coming to terms with life in a new place; part of the creative work of living in exile”.

In February this year, 169 crayon drawings from the Meggitt collection were entered in the UNESCO Australian Memory of the World Register, confirming their cultural importance and setting in motion a process of digitisation to share the works. All of the Warlpiri crayon artists have since passed away, but their drawings, largely in very good condition thanks to having been kept in climate-controlled conditions and cared for by specialist AIATSIS staff, remain deeply significant for their descendants.

The UNESCO inscription of these crayon depictions of dreamings, ceremony, country and animal totems was endorsed by the Warlpiri community through Warnayaka Art in Lajamanu and Warlukurlangu Artists in Yuendumu, two community-owned art centres.

Jungayarri’s drawings also depicted signifiers of colonisation. The malaka’s house, a light green square, for instance, was likely showing the outside of a window lighted inside by the white superintendent’s kerosene lamp. Another Jungayarri drawing, The windmill and water tanks at Hooker Creek, reflected Western solutions to the short water supply; the superintendent had earlier dismissed a senior Gurindji man who had presented himself as a rainmaker.

Another significant artist to emerge was Abe Jangala. Some of the country he drew became “lost places”, says Hinkson. “He was among the last to have a living memory of those places. People then could not get to them: they’re very deep in the [Tanami] desert, through high sand dune country. There were several expeditions by helicopter to try and find them, unsuccessfully. Remarkably, this place called Kurlpurlunu was finally found.”

That Central Land Council rangers had rediscovered Kurlpurlunu in 2015, of which Jangala had been a traditional owner, was confirmed when Warlpiri elders George Jungarrayi Ryder, Jerry Jangala and Molly Nappururla Tasman flew over the area by helicopter. The elderly trio recognised distinctive tree and rock landmarks. A film is being made about the rediscovery of Kurlpurlunu, which provides a direct link between the past and the crayon drawings being celebrated in the present.

Another Warlpiri elder, Wanta Steve Jampijinpa Patrick, son of Jerry Jangala and a nephew of artist Abe Jangala, explains via Skype from Warnayaka Art in Lajamanu, “It was Abe’s country and a sacred place, so his family looked after the place.”

“The drawings are really important because they were done by people who passed away, you know?” says Jampijinpa. “They were experimenting with crayon; holding something that was different. They were doing their best to express their homelands, and some of the things they came across.”

“They were experimenting with crayon; holding something that was different. They were doing their best to express their homelands, and some of the things they came across.”

Does Jampijinpa think the white anthropologist Meggitt understood what the Warlpiri artists were drawing? “I’m not sure. I think he told them to have a go at drawing, maybe because [Arrernte artist Albert] Namatjira, who was from up that way, was making a name for himself.”

A handful of the crayon drawings were made by Warlipiri women, and appear to have been dashed off quicker than the drawings by the men. While Mervyn Meggitt largely communicated with the men, Meggitt’s wife, Joan, who officially gifted all the drawings to AIATSIS in 2013, formed friendships with the women.

Acting AIATSIS chief executive Craig Ritchie says inclusion of the drawings in the UNESCO register will ensure that these significant cultural materials become more widely available, once the entire collection has been digitised. However, some of the drawings are too culturally sensitive to share generally. “There are a number of the drawings that community members do not wish to share, and naturally we respect and will observe those restrictions,” says Ritchie.

Gerald Jampijinpa Watson, who attended the AIATSIS ceremony in Canberra at which the 169 drawings were inscribed into the UNESCO register, says that the drawings appear contemporary, despite being made over 60 years ago. “They looked new,” he says, “like someone just drew them yesterday.” 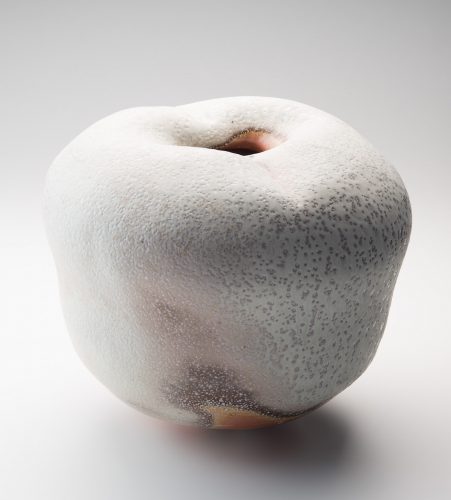 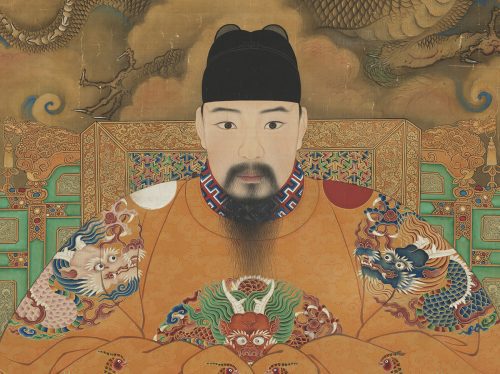 A capsule collection of the National Palace Museum’s priceless art and artefacts captures the essence of Chinese culture.