The alarming beauty of suffering

The alarming beauty of suffering

Vague ideas about Buddhism have filtered into secular Western life. For example, we may quip that we’ve mustered a certain Zen calm in the face of adversity, or remark when tested that the Buddha pointed out that suffering is part of the human condition. But as artist and Buddhist Lachlan Warner outlines below, some artists (himself included) have sought a deeper understanding of the Buddhist notion of suffering through making.

The alarming beauty of suffering
by Lachlan Warner

Like many artists, my work and processes have been deeply affected by the Buddhism of different cultures, both Eastern and Western. In the early 2000s the images I made were critical commentaries on the materialism that has been laid over Buddhism by Western consumerist culture. More recently the work has become much more self-reflective, in tune with the actual aims and practices of the tradition.

Suffering is the fundamental problem that Buddhism seeks to address. The Buddha famously said that his principle aim was simply to teach about suffering and its ending (in his Anuradha Discourse). The central questions that have been at the heart of my art making over the last eight years are then both iterative and interconnected. How can I, through my art making, more deeply understand the Buddhist concept of suffering (Dukkha) and conversely, how can the Buddhist modelling of suffering be used in the creation and perception of visual art?

Ultimately, how can I more fully live with death?

Suffering for the Buddha was visualised in the Early Buddhist Texts as the process of being metaphorically on fire, being continuously burned by the forces of attraction and aversion, as well as the delusion of a separate, autonomous, stable and permanent self. In the Fire Discourse (The Adittapariyaya Sutta) the Buddha described our whole psycho-physical makeup as like being constantly on fire. All our senses, including mind are linked into this smouldering created mess which is our selves. Like a bushfire, we constantly provide ourselves with the metaphorical fuel and conditions to smoulder and burn. It only takes a small ember to set the whole thing going and it potentially will not stop. The solution to the problem is the extinguishment of the flames and embers through removing both the fuel and conditions of attraction, aversion and delusion. This way of being is called Nirvana.

My challenge as an artist over the last five years has been to make the fiery conditions of our hearts and minds fully sensate: visual, olfactory, tactile and mindful. My work seeks to make the metaphor of burning both beautiful and alarming; qualities that are often expressed in Buddhist art, both traditional and contemporary. Traditional Tibetan Wheel of Life paintings show an image of our lives within the terrifying clutches of Kali, the goddess of time. The imagery is meant to move us out of our complacency and acceptance of current conditions. None of us will escape time. The question is how we deal with that reality.

My recent sculptural and installation work focuses on the human body since that is how we know and create the world, through all our bodily senses which includes mind.

I have used sketches of people in meditation and standing figures, akin to Rodin’s Burghers of Calais. Each silhouetted figure is then cut from cardboard. The board is then sealed, gilded with a Thai imitation gold leaf (often used for large Buddha figures, temples painting and furniture) and sealed before being literally burned.

Through the process I have developed a range of marks through burning, scorching and the use of accelerants, mainly ethanol. I paint with flame and of course chance must play a large part in such a process. I can often only respond to the ways that the flames take to individual pieces. Like the bushfire, temperature, wind and humidity play a part in the way the figures burn. Occasionally I lose a figure completely but mostly, and fortunately, the burning can be controlled.

All four suites of work have been titled The Forest I-IV, 2013-2017. The forest metaphor in the Vedic traditions of Buddhism, Hinduism and Jainism represents both a place of peaceful reflection outside of society but also a place where the wild animals of our mind roam. The forest becomes a metaphor of the place to find peace, but also the place where we meet and be with our own demons.

My focus on suffering and Buddhism is not unique, but is also not representative of the kinds of work that can be seen in the major gallery surveys on art and Buddhism such as: Buddha: Radiant Awakening at the AGNSW, Sydney in 2001; Smile of the Buddha at the Drill Hall Gallery in Canberra in 2007; Buddha Mind in Contemporary Art in Berkeley, California, 2001 to 2003; and Grain of Emptiness at Rubin Museum of Art in New York in 2010. The focus of such exhibitions has often come from the important meditative quietude and simplicity of Zen. The profound influence of Zen is important but it is just one of many ways to encounter the visual cultures that are infused with the messages of Buddhism.

The Buddhist notion of suffering is key to the work of Australian artist Lindy Lee who importantly is also a Zen practitioner. The title of her 2014 survey exhibition at the University of Queensland Art Museum, The Dark of Absolute Freedom, sums up her practice. Her artworks allow us to look in the darkness and realise that it is here that we can and must find freedom. Death comes to us all but how do we fully live with that? Lee has created works that put the marks of being into that darkness.

Lee creates intricate constellations of burn holes on large sheets of paper using a soldering iron. The marks are both delicate and confronting; a beauty in burning. The darkness is there, but also the essence of existence. Perhaps the darkest work is titled, Conflagrations From the End of Time (and yet), 2011, in the collection of Museum of Contemporary Art in Sydney. These darknesses are presented to us in the form of massive scrolls. The scrolls are visual poems on suffering, to be read visually but also to be felt. They are the life lessons that she has learned, and needs us to see. The codicil (and yet) of the title is a reference to the most profound beauty and suffering in the poetry of Japanese master, Issa (1763-1828).

The ash works of Chinese artist Zhang Huan touch on similar themes. He is perhaps most well known in Australia for Sydney Buddha, 2015, at Carriageworks. In this work an enormous Buddha form was pressed out of incense ash that was collected from Shanghai temples. The work speaks through senses other than just sight. Yes, it needed to be seen, but it also needed to be smelled and felt with the skin and mind senses in that way that smoke has of imprinting itself on our bodies. Although outwardly this was an image of the Buddha in a traditional sense, Sydney Buddha also worked with its inevitable disintegration. Bits and pieces fell off it as the mould was removed then slowly parts came away over the next three months. The ash was then collected before being packed up and moved on to its next reincarnation. (Sydney Buddha had previously been created as Berlin Buddha.)

More broadly, international artists such as Bill Viola and Laurie Anderson have contributed to our understanding of suffering through video work. Like music and poetry, their work is based on representations of suffering that are both beautiful and distressing. For me, the paradox and inevitability of suffering are at the core of both Buddhism and art.

To hear Lindy Lee speak further about her practice you can listen to our podcast. 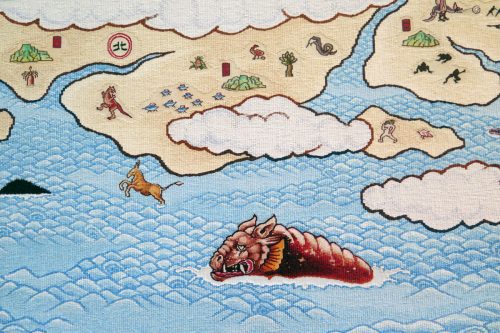 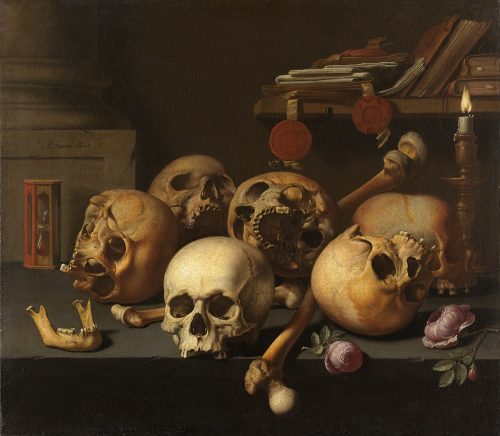 Rembrandt and the Dutch Golden Age: Masterpieces from the Rijksmuseum

“Rembrandt and Vermeer are the artists everyone knows,” says Raissis. “But no doubt there’ll be lots of surprises, like the female painter Rachel Ruysch, whose floral still lifes are astonishing demonstrations of technical wizardry.”