Almost half a century has passed since the evening of 20 August 1968 when the new multi-million dollar St Kilda Road premises of the National Gallery of Victoria (NGV) held its celebratory opening event. The following day, an exhibition named The Field opened in the NGV’s temporary exhibitions gallery. Perhaps only a few were aware that, alongside the 9 by 5 Impression Exhibition of 1889, The Field would become one of the most revered offerings in Australian art history.

With content drawn mainly from an emerging commercial gallery sector in Sydney and Melbourne, The Field was so named for its reference to colour-field painting (also known as post-painterly abstraction).

The title also alluded to the idea that the show would highlight the most outstanding candidates working in the progressive new wave of art styles. Following in the footsteps of the watershed American exhibition, Two Decades of American Painting, that toured Melbourne and Sydney just a year earlier, 40 artists (almost half of whom were in their 20s) were selected by NGV curators John Stringer and Brian Finemore to exhibit geometric, colour-field and hard edge paintings and abstract sculptures. According to noted artists Ian Burn (who showed two mirror pieces in The Field) and Nigel Lendon, the importance of The Field lay not just in the ‘look’ of the exhibition, but in the NGV’s institutional sponsorship of an avant-garde context for Australian contemporary art.

In April 2018 the NGV will pay homage to this important show with The Field Revisited. Preparations for the show have been immense and have included a widespread search for The Field’s original 74 artworks. The Field Revisited includes several works that could not be located and they have been recreated in their original form.

Over half of the artists shown in The Field have already passed away, including in recent years Gunter Christmann and John Peart (2013), Robert Hunter and Robert Jacks (2014), Vernon Treweeke (2015), Emanuel Raft (2016), and Robert Rooney and Sydney Ball who both died earlier this year. In the lead up to The Field Revisited, I contacted five of the original artists to discuss their respective roles in the 1968 exhibition and share their feelings about the recreation in 2018. Now in their seventh and eighth decades, artists Ron Robertson-Swann, Normana Wight, Trevor Vickers, Col Jordan, and Dick Watkins (most of whom are still making art today) were keen to contribute their recollections of this seminal time in Australian art.

The primary focus of The Field on colour-field painting was a marked shift from the figurative and landscape fashion of the past, and a reaction against abstract expressionism. Although reception of the show has always been mixed, the group generally agreed that it allowed them, as young artists, a great deal of experimentation. One of only three female artists in The Field, Normana Wight recalls the show’s revolutionary effect. Inspired by Joseph Albers and his writing on colour interaction, her Untitled painting was exhibited in the display. Employing grey “as a colour” she intended that “the painting would alter the wall of a room.” Wight’s 12 foot (3.6 metre) grey-scaled painting was made in two parts on the floor of her bedroom, the only available space at the time.

Col Jordan says he “was and still am fascinated by the way in which colour and tone can achieve spatial ambiguity. To achieve this demands that works must be crafted meticulously. It seemed appropriate that the titles of my works should refer to the legendary architect and craftsman, Daedalus who created the Labyrinth in ancient Knossos.” Intriguingly, The Field catalogue shows that Ron Robertson-Swann, generally known for his sculptures, exhibited three hard-edge paintings in The Field. “I was still in London when John Stringer visited my studio and selected three of my paintings because they could be rolled up and sent by air freight. It was too late and too expensive to send any of my sculptures,” said Robertson-Swann.

The Field exhibition envisaged an end to the favouring of a ‘nationalistic’ style over that of the new internationalism. In addition, it signalled a move by artists to look outward with fresh confidence. Col Jordan acknowledges that The Field “marked an acceptance by the art establishment of the rejection by a new generation of artists of landscape and myth which were, until then, the orthodoxies of Australian art.” Dick Watkins agrees. He remembers fellow artist Tony McGillick of Sydney’s Central Street Gallery taking on a “prophetic role” on his return from a visit to London in 1963. According to Watkins, McGillick “came home spreading the ‘good news’ about the new art in an attempt to wake up Australia and plant the seed of international painting.”

Although many of the original artworks survived, the NGV has, over the past year or so, sought public assistance to find 14 lost artworks. Of the artists I interviewed for this article, most had some idea of where their works had ended up. Only a few had their works collected by public institutions. Of these, the Art Gallery of NSW purchased Robertson-Swann’s Golden Breach and the National Gallery of Australia snapped up a monumental 4-metre shaped canvas, Untitled painting, by Trevor Vickers and Col Jordan’s Daedalus Series 6. Normana Wight however, laments the insurmountable cost of storage at the time. She relates that she “cut the work into 30cm squares and took it to the Prahran destructor” to be burnt. For Wight, recreating the original work has been “a real buzz.”

Being so young at the time, most artists involved in The Field could not imagine its ongoing impact and some had mixed feelings about its blessings.

Ron Robertson-Swann recalls the young artists making “local history that caused a lot of ripples,” while Trevor Vickers never conceived that “a show of contemporary abstract painting in the temporary exhibitions gallery could have had the impact that it ended up having.” Meanwhile, Col Jordan viewed the show as “a vindication of what I had been doing.” Others, such as Normana Wight, felt that the impact of The Field was, bar a few exceptions, lost on the exhibitors. However, Robertson-Swann believes that the “hopefulness and joy of the art” outweighed any angst surrounding the show.

It is true that at the time, and even since, The Field has received a mixed response from critics, including the visiting American critic Clement Greenburg who was decidedly unimpressed. This, however, has done nothing to detract from the enduring appeal of The Field. If nothing else it is generally accepted that the 1968 exhibition broke with tradition and signalled a new era in Australian art; all of which has arguably given the original exhibition kudos beyond the lasting power of the art on display. Yet, the very fact that the art world is still talking about the show suggests that there is more to debate that has not yet been debated, and that the jury is still out. All the artists interviewed for this article signalled their eagerness to attend The Field Revisited in 2018. Many are keen to see the rehang after 50 years, and as Trevor Vickers says, “to see what holds up and what falls away, after all this time.” 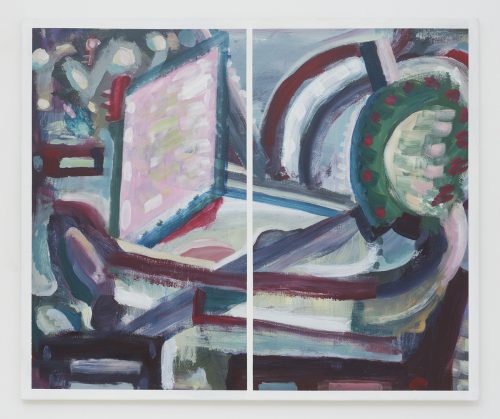 Simon Blau’s solo show, Faulty Narrative, can be read as a fruitful manifestation of contradictions and loss of control. 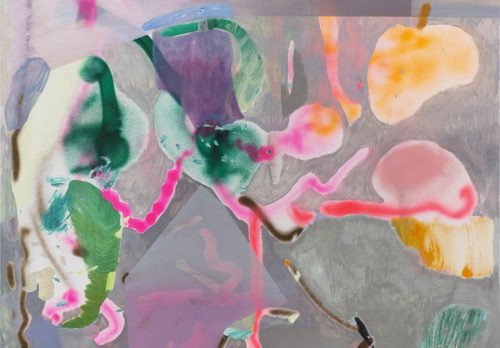