Rebecca Gallo attended documenta 14 in both Greece and Germany and found that art trumps politics.

Documenta is a curated exhibition of contemporary art that takes place every five years in Kassel, an unremarkable town in central Germany. First conceived in 1955 as a way of rebuilding Germany’s relationship with international art post-WWII, documenta has since become one of the most influential and celebrated platforms for critically engaged contemporary art. When it was announced that in 2017, documenta would be split across Kassel and Athens, concerns regarding both the decentralisation of documenta, and the cultural imperialism of its international foray, were widely published and discussed.

One of the major criticisms levelled at documenta has been that in spite of its claims to criticise and expose neoliberalism and its methodologies (according to 2017 artistic director Adam Szymczyk, documenta functions as “mirror, witness and commentator”) it seems to simply perpetuate them. Stencilled on walls at the Athens School of Fine Arts, one of the major documenta venues, was the message, “Dear documenta 14: It must be nice to critique capitalism etc. with a 38 million Euro budget.”

Having read some of the strident reactions to the incursion of documenta 14 into Athens, I was ready to dislike it. Its title, Learning from Athens, focused on the contribution of Greece’s cultural past rather than looking to its future. The whole venture seemed to make the European South exotic and ‘other,’ and it seemed like an unwelcome intervention from Europe’s most prosperous nation into its most financially precarious.

It was in the context of this incomplete knowledge, wariness and prejudice that I guiltily, and almost in spite of myself, very much enjoyed documenta in both Athens and Kassel.

In Athens, on the airport train, I struck up a conversation with two men travelling together. The older of the two was a professor of Ancient Greek, but he had lost his university job. The younger man was thinking of leaving his family and friends to find work overseas. They had been working that day, delivering leaflets on the outskirts of Athens. I hadn’t asked about the crisis; I didn’t need to. The reality of their financial situation was far removed from the world of quiet galleries and well-heeled tourists that dominated my time in Athens, although much the of work itself addressed major world crises, both past and present.

An attendant at the documenta media office handed me a map and I was floored by the proliferation of venues. I only have four days! How can I possibly see them all? The attendant smiled. There are 47 locations. You can’t. You won’t.

Participating artists are announced at the eleventh-hour, as the organisation does not want to play into art world PR cycles.

Oh… I shouldn’t have been surprised: documenta is known for being wilfully inaccessible. Participating artists are announced at the eleventh-hour, as the organisation does not want to play into art world PR cycles. The documenta 14 ‘Daybook,’ which features information on the nearly 200 exhibiting artists and collectives, is not in alphabetical order, and has no index or page numbers.

I decided to focus on the four main Athenian venues, catching what I could in between.

The Odéon is a sprawling contemporary music venue, like a 1950s take on the Parthenon, and fittingly, many of the works related to music. Pauline Oliveros’s hand-written descriptions of performances for dancers and percussionists were surprisingly evocative; you could imagine the sights and sounds through typewritten text. Nevin Aladağ made instruments from strung and amplified cabinets, armchairs and tables, performed daily in minimal and haunting ensembles. Emeka Ogboh filled a subterranean concrete amphitheatre with polyphonic Greek folk singing while a live stream of stock indexes scrolled past in red and green LEDs.

In Kassel the number of venues was more modest, only 30 to cover. And while it could be a frustrating mission to find each venue, it did make for some fascinating and unusual art-viewing experiences: video art in an abandoned underground train station, a recreated Beirut bakery in an empty shopfront, an interactive performance in a dilapidated railway building, and blue tarpaulins slashed and stitched to form a giant quilted ocean draped from the ceiling across the chequered marble floor of a regional history museum. Many of the same artists exhibited in both Athens and Kassel, and it was often through conversations between the two projects that the work came to life.

The centrepiece of documenta in Kassel was Marta Minujín’s The Parthenon of Books. A strong visual and architectural link to Athens, this full-scale replica of the Parthenon, made from scaffolding and books, was installed in Kassel’s Friedrichsplatz. The work was originally created in Minujín’s hometown of Buenos Aires in 1983, following the fall of a brutal dictatorship, using books that had been suppressed and hidden by the military. The books used this time around, all currently banned somewhere in the world, were new copies of titles ranging from works by Kafka and Capote to Harry Potter and Twilight. Although Friedrichsplatz is one site where Nazis burned books, the restaged Parthenon seemed to lose power and relevance here.

More engaging was Maria Eichhorn’s Rose Valland Institute. In this project the artist is actively working towards repatriating artworks, books and furniture looted from Jewish homes during Nazi occupation. Eichhorn’s installation included an enormous shelf of books previously belonging to Jewish owners, and various forms of documentation that attempted to trace the auction records, library catalogues, anecdotes and photographs associated with looted goods. A number of other works in Kassel refer to Germany’s Nazi history, and I was both surprised (after 13 iterations of documenta, there is still more to be said?) and unsurprised (most artists are showing in Kassel for the first time, and are responding to the history of the site). There are also pertinent and disturbing parallels to be drawn between early Nazi Germany and current world politics, which lends these works a particular chill.

There are also pertinent and disturbing parallels to be drawn between early Nazi Germany and current world politics, which lends these works a particular chill.

A number of themes recurred throughout both Athens and Kassel: economies, migrants, minorities, refugees, outsiders and the overlooked. At times it felt like a roll call of the disenfranchised: Indigenous Sámi, Latin American and Australian artists, former sex workers, a trans woman amputee who died from HIV-related illness, an elderly mother and daughter living in remote Guatemalan highlands. At a certain point, rather than appearing tokenistic, making the marginal central becomes a political act. While these artists (some operating entirely outside the contemporary art world) see their stories told to a large and receptive audience, the curator and organisation assert their own progressiveness through these choices.

I went to documenta focused on the politics of the event, but the art pushed its way to the forefront and told stories more compelling than critiques of institutions. Those arguments are important and need to be had, but for now, it is the intelligent, challenging, thought-provoking and deeply moving work that continues to turn over in my mind. 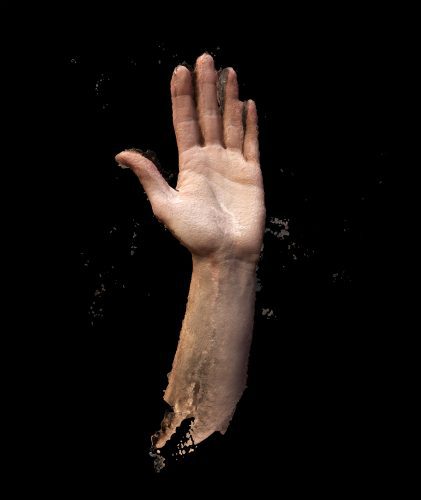 None of us is as good as all of us

For Alaska Projects, Lanagan Dunbar is trialling another new photographic process, called photogrammetry, which has its roots in map-making. 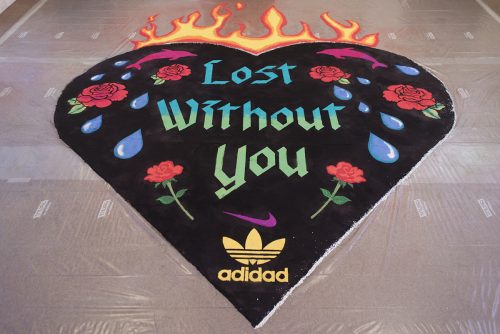 After more than two decades of frenzied discourse around the concept of identity, Claudia Nicholson broaches the complexities with humour, resolve (there was the time she ate a raw lamb’s heart to a panpipe rendition of ‘Unchained Melody’) and freshness.