What is the pull of the small town and why do artists choose to live and work in regional locations? Briony Downes talks to three artists from around Australia to find out the unique challenges and rewards linked to living outside the city.

In November 2017 the Australia Council released the results of its third National Arts Participation Survey. While it was found that people living in regional locations consistently recognise the positive impacts of the arts on their lives, artists who are regionally based reported negative perceptions about their location, particularly the impact it had on their income. According to the survey regional artists earn a third less for creative work than those based in metropolitan centres. Despite this, it was also reported that participation in the arts was strong in regional locations and there was little difference when compared to arts participation in urban areas.

Even with the reported negative perceptions, artists are increasingly choosing to live and work in regional areas.

Rising housing prices coupled with lack of affordable studio space in the city has led to artists moving further away from urban centres and, fortuitously, this has generated positive outcomes. Far from the cultural melting pots of big cities where the arts community is well populated, artists living in regional areas have progressively become adept at creating their own opportunities: starting festivals, mastering the potential of social media and fostering close knit creative communities.

One such artist is Jud Wimhurst, a sculptor based in Kyneton, a small yet picturesque town in Victoria’s Macedon Ranges. As a teenager he moved to Kyneton with his family when his father was relocated for work. And regardless of its distance from Melbourne, Wimhurst continues to live and work in Kyneton. “In the last five years Kyneton has seen a large number of creative people relocate here from Melbourne as the cost of living becomes increasingly unaffordable for many people,” he says. “An added bonus of our close proximity in Kyneton is that we all see each other very regularly and have fostered meaningful, quality friendships. I probably feel more part of a creative community than I ever have.”

While Wimhurst admits to feeling isolated at times, it doesn’t last long. Finding a way to nurture their developing art community, Wimhurst and a group of local artists and curators recently launched the inaugural Kyneton Contemporary Arts Triennial (KCAT). Centred on the theme Force Fields, artists were invited to make work to inhabit unconventional spaces like shopfronts, an old butter factory and motel suites, embracing the whole community rather than a single gallery space. With plans to hold KCAT again in 2021, Wimhurst believes the smaller locale made the event easier to develop, especially when compared to facilitating something similar in the big city. “A new art event like KCAT would not be happening if we were all still living in the city,” he says. “It comes down to the fact that we have all found ourselves here at the same time that we can make this event happen.”

Further north in regional Queensland, Kalkadoon woman Chern’ee Sutton is a young Indigenous artist who has contributed artwork to Tennis Australia, the National Rugby League and the Gold Coast 2018 Commonwealth Games Corporation. Originally from Mount Isa, Sutton gained recognition in 2010 when she won first place in the open category of the Yoorellgoo Indigenous art competition, an event which began her swift career trajectory as a contemporary Indigenous artist. Currently living in Bundaberg, Sutton says travel has played a pivotal part in the development of her artistic career. “I’ve taken the initiative to show my art in places like Brisbane, Sydney and the Gold Coast. I try not to let any opportunities pass me by and I’ve now exhibited my artwork in Hong Kong, Tokyo, Singapore and London.”

Most recently, Sutton was commissioned to design the Indigenous markings on the paws of the 2018 Commonwealth Games koala mascot, Borobi. Inspired by the Yugambeh symbols for campsites, water and ocean, Sutton’s linear and circular designs referenced the journey athletes had taken to converge in one meeting place. “It has been a highlight to see Borobi on the Gold Coast, especially seeing his footprints on trams and all over the ground in the Borobi Fan Trail. As he walks, Borobi leaves my story of the Commonwealth Games imprinted on the ground behind him.”

Social media allows Sutton to maintain connections to urban centres and has played a significant role in how she publicises her practice while living in a regional location.

“The online environment is an extremely important platform for me,” she says. “It allows me to share my art and my stories with a much larger audience from around the world, whether it’s through social media like Facebook or directly through my website.” Australia Council CEO Tony Grybowski also spoke of the importance of the online environment when he noted in a 2017 press release that out of all the National Arts Participation Survey participants, young people “create and experience the arts at the highest rates, especially online.”

As Wimhurst and Sutton point out, taking the initiative to make things happen is a key motivation for artists living away from urban centres. In the mid 1990s, Pam Thorne, an artist who has lived in Burnie, Tasmania for most of her life, seized an opportunity for creativity following the collapse of Associated Pulp and Paper Mills (APPM), a major employer in the region for over 70 years. Initially approached by Creative Paper, a work for the dole scheme set up to teach participants how to create handmade paper products, Thorne and fellow artist Ruth Rees were given a small studio in one of the vacant APPM buildings. Their task was to share their skills while actively making work of their own.

“Ruth and I had moved from sharing a painting studio to making the 3D papier mâché figures known as Paper People,” Thorne explains. “Beginning in 1997, our studio at Creative Paper was always open and we interacted with all the visitors, comfortably sharing our learned skills. We had a somewhat symbiotic relationship with Creative Paper. They were generous with supplies of paper and the free use of a studio. In return, Creative Paper had our figures on display in their showroom as an attraction for visitors.”

Creative Paper has since morphed into Burnie’s Makers Workshop, yet Rees and Thorne’s Paper People still remain fixtures in the cultural landscape of the north west of Tasmania, popping up in airports, cafes and galleries. “Over the years we honed our craft,” Thorne goes on to say. “We had no mentors in Tasmania or on the mainland. We learned as we went along, with highs and lows, which, while difficult, brought much hilarity – especially when we used a hand saw to rearrange a figure we felt needed to be taller!”

While there are many challenges connected to living in a regional area, it is clear that there is also a strong sense of productivity and self-motivation.

On a national scale, the momentum for regional arts continues to gain strength through artist generated festivals like the Kyneton Contemporary Arts Triennial. In Bendigo later this year, Regional Arts Australia will celebrate the 20th anniversary of its biennial conference and cultural program, Artlands. Designed to showcase cross-disciplinary work reflecting on the needs of artists working in regional areas, previous locations of Artlands have included Dubbo, Kalgoorlie and Launceston. As Wimhurst puts it, “The biggest reward of living in a regional area is possibility. Today’s regional area may very likely become tomorrow’s creative hub.” 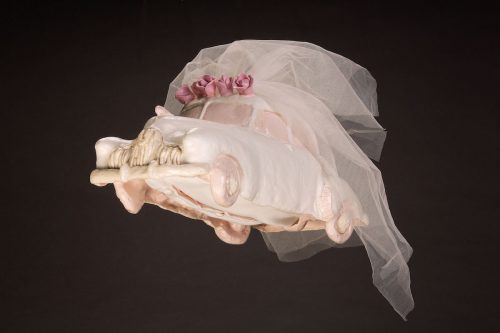 Women in Suburbia at FRAN FEST

Women aren’t objects and girls have power. These are the overarching statements being made by two new exhibitions at ACE Open. Featuring video and ceramic works by Margaret Dodd, alongside an experimental documentary by Kate Blackmore, the shows collectively explore the complex relationships between suburbia and womanhood. 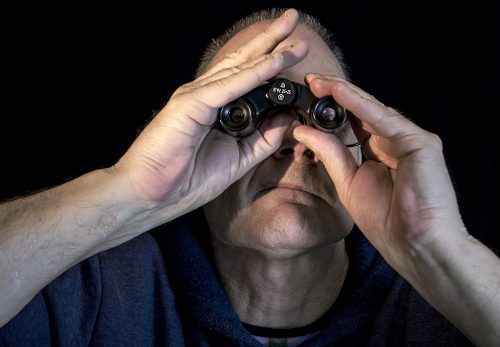 The selection of Fiona Foley and Liu Bolin as the ‘headline’ artists for this year’s Ballarat International Foto Biennale in many ways beautifully sums up the spirit of this regional festival of photography.