The importance of place in the work of three Tasmanian artists.

Living in Tasmania, an island state where large expanses of farmland and wilderness stretch between urban centres, it is difficult to avoid travelling on substantially lengthy roads on a regular basis. Like an arterial vein linking us to place, the road connects and divides our sense of belonging.

For sculptor Matt Calvert, the significance of the road is deeply personal. At a young age, Calvert lost his father in a car accident and this experience has shaped much of his work and the materials he chooses to use. In his early work, Calvert collected shards of plastic and glass found on the roadside; the tiny markers of injury and loss. Taking the pieces back to his studio, Calvert would then reassemble them into large-scale sculptures of traffic cones and human silhouettes. The emotional impact of these works was clear when one realised the sum of their parts equalled another’s profound loss. While Calvert’s materials now consist mainly of toughened glass and aluminium, an interest in recycled materials and their emotional impact still prevails.

Calvert commutes daily by road from Hobart to his purpose built studio in Glazier’s Bay in Tasmania’s south. Situated on a hilltop in the middle of a paddock, the rural location of Calvert’s studio offers a perspective he is unable to find in the city. “The most amazing thing about working where I do is that the changing landscape permeates the space and I suspect the emotion of it is inevitably embedded in the process of making,” he says.

“The figures I have been creating for the last ten years have a sense of longing to them that is inseparable from the place I work.”

Lisa Garland, a photographer working on the north west coast, believes it is the people that connect her work to place. Hailing from a large family with strong roots in rural Tasmania, Garland has always been surrounded by diverse personalities and characters. She spent time living in Hobart while completing her education, yet she returned to the small seaside town of Penguin to settle. “Maybe I was always going to be drawn back to ocean living. I am used to sleeping with the sound of the waves crashing each night,” Garland says. “My mother’s family cleared land at Milabena for farming and my father’s family fished these same waters for couta. The north west coast of Tasmania is in their veins and also in my own.”

Garland’s practice revolves around large-scale black and white photography and she is known for her intimate portraits of local people in their private domestic spaces. She often positions her subjects surrounded by collections of personally significant things; Garland’s images are evocative tributes to the objects and places that bring us comfort.

Elements of the landscape also permeate her work and serve as gentle reminders of hidden spaces and the intimacy of home. “The work I create is a testament to who I am, almost self-portraits of some kind. Many of my images represent my day-to-day walk. The houses I pass on my way to work, the people I meet at a local market, the backyard I visit while collecting firewood. It is not complex. I am obsessed by the real, the sincere and the genuine.”

Printmaker Raymond Arnold is currently living and working in Queenstown on Tasmania’s remote and rugged west coast. Arnold arrived here by way of Melbourne, Hobart and Paris. “I initially moved to Tasmania to develop my work in relation to the unique environmental qualities that make up the Tasmanian scene. I was also involved in the [anti] Franklin Dam campaign and the political struggle associated with that event became integrated into my experiences of the Tasmanian landscape,” Arnold reveals. “In formal terms I could say that I was pre-occupied, in terms of a lot of my work, with the concept of ‘ground’.”

Most recently, Arnold’s work has focused on characteristics of the west coast landscape: the craggy peaks and gullies of land hacked away by decades of industry. The intricate detail of these images recalls Arnold’s earlier work on the decorative aspects of medieval armour. It is a fitting trajectory, since, like armour, the west coast landscape is battle-worn and scarred, yet it still retains a haunting beauty. As Arnold explains, “This formal and poetic ‘tag-teaming’ of figure and ground has been a type of small engine running through my work over many years. Essentially it has allowed me to differentiate place through different modes of work.”

An integral part of Arnold’s time in Queenstown has been the development of Landscape Art Research Queenstown, a studio and residency program he began in 2006 with partner Helena Demczuk. “I wanted artists to have agency in the repair and mediation of bruised and damaged land, so I set up LARQ to facilitate exhibitions, workshops, residencies and forums to address issues within the west coast environment,” he says.

Tackling the isolation felt in remote locations, residency programs foster a creative dialogue that may not otherwise be possible outside of an urban centre. Casting the net far and wide into the national and international sphere, places like LARQ develop new tributaries of connection.

For some, the cultural and physical divide caused by distance may take its toll. Calvert, Garland and Arnold have overcome this hurdle and their remote locations have proved instrumental to their success. A deep affiliation to place informs and shapes their work; it has become an inseparable part of they way they work. They have embraced the long stretches of Tasmanian roads, seeing them not as a divide but as a path leading them to the heart of their artistic practices. 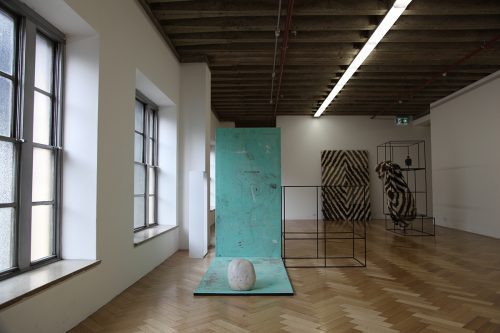 For many Melbournians their first experience with the not-for-profit arts sector is with West Space, the influential institution that is now celebrating its 25th year of existence. 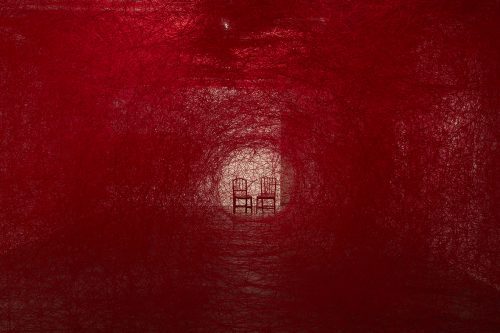 The program for the 2018 Melbourne Art Fair has been announced. This year the fair has been divided into three broad categories. The biggest part of the show will be the Galleries section with 40 contemporary art galleries from Australia, New Zealand and Southeast Asia participating.