Just live with it

Just live with it

There is a long tradition of turning mansions into museums and letting the public get a glimpse of previously exclusive collections. But worldwide, there appears to be a growing trend of people turning their homes into domestic sized art galleries. Rebecca Shanahan takes a look at why these spaces are providing the backdrop to a new style of gallery space.

There are much earlier precedents to today’s mash-up of house with exhibition spaces. New York’s epic Frick Collection of old masters and decorative arts, situated in a mansion, was finally opened to the public in the mid-1930s following the death of the collector’s wife, some 15 years after Frick himself died. (No pressure, Mrs Frick.) Another is the 18th century Venetian palazzo Venier dei Leoni. Packed with modern art, it is better known as the Venice Guggenheim and patron Peggy Guggenheim actually lived there for 30 years, opening it to the public each summer from 1951.

Some contemporary house museums derive, like the Frick and the Venice Guggenheim, from significant collections that began as private collections and have subsequently become accessible to the public. They’re philanthropic enterprises driven by individuals able to fund the financial scaffolding and architectural enclosure for the art they love.

Melbourne is, remarkably, home to not one but two house museums, both founded by collectors of contemporary Australian art.

The Lyon Housemuseum (soon to expand into a purpose-built gallery) is home to Corbett and Yueji Lyon and their collection. It was joined in 2016 by Charles and Leah Justin with their Justin Art House Museum. A synthesis between art and architecture is core to both: Corbett Lyon is an architect and designed the Housemuseum spaces; Justin Art House Museum was designed by the collector couple’s daughter, second-generation architect Elisa Justin.

Sited at that bespoke intersection of art and architecture, these house-museums are not your average domestic-sized home but there are other models starting to appear. Many contemporary house-galleries are driven by artists and curators seeking ways to start conversations about art in a less than friendly cultural-economic climate. Home-based galleries have taken off globally in centres such as London and San Francisco where high overheads make commercial leases risky and out of reach to many. Prohibitive rents and large pools of ambitious artists have created a plethora of artist and curator run galleries operating modestly out of apartments, council flats and share houses. And for the same reasons it’s also happening here in Australia.

Maybe you’d like to hang out with a friend and watch art videos in a booth for two under the stairs?

Since 2013, Anthony Bautovich and Madeleine Preston have been living upstairs and running an exhibition program downstairs in their Sydney terrace house, regularly welcoming art lovers and collectors to Home@735. Initially they just wanted some artworks to enliven Bautovich’s osteopathy treatment rooms. After an audacious change of plan, within two years, Bautovich and Preston (an artist) opened a gallery in their house instead. Undeterred by large-scale works or site-specific installations, they’re up for all art forms.

Bautovich sees many advantages in the set-up: the lack of sales pressure that operating without commercial rental overheads allows, the intimate vibe at an opening where you might be crammed on the narrow stairs or sharing the living room couch with other art lovers, the ease with which visitors can visualise how an artwork might look in their own home. He also gets some pretty enviable personal satisfaction. Earlier this year, Home@735 showed works by Bill Henson, Brett Whiteley, Jacques Lartigue, Brassai and Max Dupain. “It was a thrill to live with these works for a month and to have the opportunity to see them over the course of a day in different light,” he recalls.

And it seems to be spreading. Melbourne artists and housemates Rebecca Delange and Betra Fravel are planning to turn part of their home into a gallery. Haus Projects (a working title) is due to kick off in 2018 with a program of artist friends who see exhibiting in this way as a viable, community-based alternative to other exhibiting options. Importantly, they also see it as a useful means to engage with relationships between art and everyday life. Haus Projects is launching their program with solo shows by Elly Carroll and Caroline Kennedy-McCracken. “Both artists are interested in exhibiting in a domestic environment from conceptual and political perspectives,” says Delange. “Neither of them have expressed enjoyment of the commercial gallery system.” These shows will be followed by a group show including Delange, Elyss McCleary and Jamie Whiteside, in which the home environment is again an integral framework for understanding the work. “We’ll be exploring material and spatial intrusions into domestic spaces, at-home/found compositions, and relationships between objects,” explains Delange.

Throughout 2014 and 2015, the non-profit artist collective Modern Art Projects ran an inviting hybrid of architectural open day and exhibition opening across the Blue Mountains. With the support of some particularly engaged, public-spirited and up-for-it homeowners, contemporary artists and curators presented group exhibitions in and around significant domestic buildings rarely open to the public.“We took great care to establish relationships over years, including gaining council support,” artist Billy Gruner says. “To create an inclusive approach, we also invited artists, architects and the owners to speak on these open days.”

In Eco Spirit, 2014, set in Woodford’s Morton House, John A Douglas performed Incursion-Damp, 2014. Wearing a frog-green second-skin costume, he occupied the liminal space between the 1970s organic-modernist house’s porous interior and exterior. In Portal to K-Town, 2015, curated by Sean Cordeiro and Clare Healey in an Art Deco Katoomba home, this year’s Wynne Prize winner Joan Ross screened her post-colonial critique The Claiming of Things, 2012, on the living room TV. Nearby, Damian Dillon’s dystopian photo montages Desolation Row, 2010-2015, hung over the mantelpiece and sideboard. Situated about as far from the white cube as it’s possible to get, Ross and Dillon’s works expanded their meanings by creating a site-sensitive stealth invasion of alternate Australian histories and narratives into everyday domestic space.

Perhaps the distinction between public and private, already ruptured in the last decade by technology, social media and the sharing economy, has normalised this contemporary concept of a home/gallery blend. Convivial, independent and committed to art, the home-owners, artists and curators generating these projects are changing how and where we look at art. Rooted in a belief in friendly engagement and the primacy of artistic cooperation, their willingness to counter the institutionalised white cube with alternative models is now established.

Domestic and intimate these exhibitions may be, but they’re not to be under estimated in their public cultural value.

In 1991, a student of political economics who never cooked decided to repurpose his kitchen for an exhibition. Among the artists were luminaries such as Christian Boltanski, Richard Wentworth and Fischli & Weiss. The student? Hans Ulrich Obrist, über-curator. 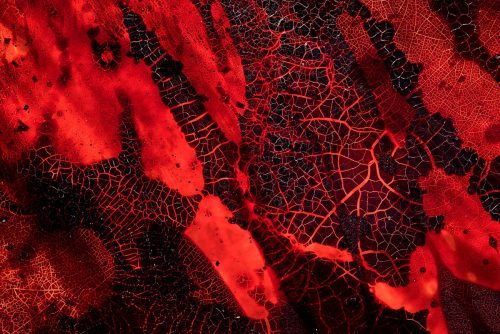 For its first exhibition, Science Gallery Melbourne is filling the Frank Tate Building with blood. Or, more actually, artworks which respond to the red stuff.

Traditionally, photographs reveal the character of places like Perth through iconography or colour (Bankwest Tower, sunsets). “This is the opposite of that,” says curator Chelsea Hopper.