The Expanded Field of Printmaking

The Expanded Field of Printmaking

When we talk about printmaking at Negative Press we consider how we might use printmaking in the expanded field to engage with contemporary art practice. The expanded field of printmaking includes the so-called traditional processes of intaglio (etching, drypoint and engraving), stencil (screenprinting and pochoir), planographic (lithography), relief (lino, woodblock, woodcut and stamping) and monotypes, combined with more recent digital (inkjet, indigo and flatbed printing) and commercial mechanical reproduction methods (offset and 3D printing for example). By reflecting on four projects my interest is to explore how an alternative approach to art making, and printmaking in particular, is developed through an interest in process, ambiguity and, at times, necessity. How do artists address the inherent contradictions of printmaking, that both its greatest strength and perceived weakness is its ability to replicate itself? Artists engaging with these ideas through the production, content and presentation of their work is an area I find deeply fascinating.

Brook Andrew’s set of three screenprints The Right to Offend is Sacred shares its name with his dynamic exhibition shown at the National Gallery of Victoria in 2017. Based on a collage Andrew made during an ISCP residency in New York in 2008-2009, the prints depict an interior scene with a headline from the New York Times floating over the top of it. The scene is surrounded by neon-like borders of black, cobalt blue and glow red (that perceptually reads as electric pink). In effect we were able to remake the collage by increasing its proportion, deepening its tonal range and adding the surrounding colours.

While this series flirts with the reproduction of an ‘original’ work, it also negates these connotations by the inclusion of the border, as well as in its presentation.

Hanging side-by-side, the repetition of the headline The Right to Offend is Sacred, in concert with the surrounding brilliant colours, acts like a cerebral scattershot, reverberating in the viewer’s eyes and mind, like a slogan or statement of intent.

This sense of remaking and remodeling also applies to Brent Harris’s series The Other Side. Comprising five prints made using photopolymer gravure and screenprint, the works grew out of his 2012 series of one hundred monotypes titled The Fall. In this series Harris has used a reductive monotype process, rolling up a plate in black ink and then wiping away parts of the inky plate surface to create an image. These works have been a touchstone for the artist, with figures reappearing in subsequent drawings, paintings and prints. Harris has written his own visual essay about the first work we made together, in which he reused a monotype as a field for the new print, inverting the tones and then populating it with other figures and representational elements. This became the template for how we came to make The Other Side which was completed over the course of 12 months.

Combining techniques in a print is not necessarily new, although the contrast of the tonal photopolymer image and the flat surfaces of the screenprints in The Other Side are still surprising.

Each element amplified the inherent qualities of the other. While Harris’s reuse of imagery from one work to another engages with the serial nature of the printed image the repetition highlights connections between the works, their characters and Harris’s refined studio practice.

Simryn Gill’s Pressing In, by contrast, was made entirely of unique works. Unique not in the nature of the matrix being printed once—a second impression was taken if there was a sense that we could do it better—but in the movement of our hands. Gill recounted that for her the process “was like writing”. For this particular project she had gathered scores of pieces of wood from the beaches and waters around Port Dickson in Malaysia in order to print from them. As the surfaces were gnarly we eschewed the printing press in favour of hand printing using bone folders so we could push the paper into the crevices and grain of the timber after they’d been inked.

As we progressed through the project we came to understand the strengths of each other’s hand in this type of printing.

While I favoured Gill’s energetic impressions that oscillated between blurry and precise, reanimating the discarded object, she preferred my clinical method of recording surfaces. The strength of these varied approaches was ultimately in their combination.

In the two weeks Gill and I worked together we produced three completed multi-panel prints titled Stacks, along with hundreds of impressions of single objects.

Once I had returned to Melbourne she continued to work for many more months, producing incredible works that suggested a precarious balancing act. Exhibited as part of an exhibition titled Sweet Chariot at Griffith University Art Museum in 2016, Gill’s deeper engagement with hand printing has led her to take impressions of coconut trees and snakes, as well as ceramic tiles in abandoned housing estates. The prints she is making mirror the recording tendencies of her photographic works, except in these instances the mediation is of the hand rather than of the camera lens.

In Rosie Isaac’s Through flooding: a silent choral reading the printed page becomes a script, performance prop and an artist’s book. The work, performed as part of Through Love: Five Feminist Perspectives at Next Wave in 2016 and organised by Brainlina, required a concertina book of four pages repeated that could stretch the length of the audience rows. Following an introduction by Certainty (read by artist Saskia Doherty) the audience performed the script by reading it silently; following its instructions to stand, sit, turn the pages over and eventually tear the script at its perforation. As a participant in the reading, you’re not only aware of the content of the script, but the shifting cadence of the silent reading, as specified elements are read aloud. The group reading of the text silently echoed the nature of the repeated image.

In all of the projects outlined the uses for printmaking are adapted to the conditions made necessary by each artist’s project. The medium of printmaking and its attendant characteristics become a conduit rather than an impediment to artistic expression, flexible to artists’ concepts in the expanded field of contemporary art practice. 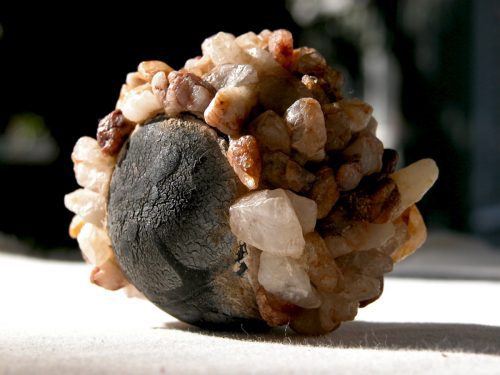 A Relationship with Nature

The natural world is recast through the lens of a lover, not a fighter, in Sensual Nature. 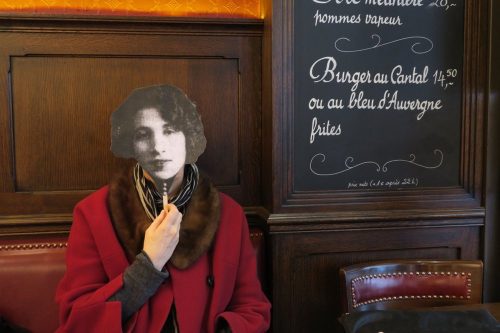 Melbourne-based multidisciplinary artist Jude Walton is the recipient of the 2018 Georges Mora Fellowship.