Ahead of NAIDOC week, Indigenous writer and urban planner Timmah Ball reflects on the rise of First Nations inflected design elements in our cities. She questions whether or not they are actually having the desired decolonial effect and, after a trip to New Zealand, compares practices in Naarm (Melbourne) and Tāmaki Makaurau (Auckland).

Driving through dense traffic down Victoria Parade in Melbourne, Megan Cope’s You Are, Here Now enlivens the façade of the Australian Catholic University. In this work, (a series of large-scale maps embossed on the façade of the building) the presence of Aboriginal language allows us to see culture reflected in buildings and city environments that can often exclude, exhaust and intimidate. This shift in the built environment is part of a larger zeitgeist in which decolonial visions critique and destabilise colonial norms through a tapestry of blak art interwoven through city streets.

In Melbourne, Ngarara Place by Jefa Greenaway and Charles Solomon, Standing by Tunnerminnerwait and Maulboyheenner by Brook Andrew and Trent Walter, murals by Robert Young off Gertrude Street, and the unveiling of the stolen generations marker Remember Me by Reko Rennie at Atherton Gardens are part of a new wave of blak design and public art. These interventions re-insert the cultural practices of First Nations people back into environments that were forcibly changed during invasion.

Although the popularity of blak design is increasing, distancing us from colonial architecture and city planning, this process poses certain questions. Some suggest that the sudden saturation of decolonial motifs might not necessarily build social transformation or sovereignty for First Nations people. Instead these movements often benefit white Australians in greater ways and even exclude Aboriginal people living regionally or unable to afford housing in the inner-city suburbs where most of this work takes place. These feelings were expressed in Un Magazine 12.1. The editorial titled ‘The Unbearable Hotness of Decolonisation’ by Maddee Clark and Neika Lehman opened with a conversation between the two Aboriginal editors. Maddee commented, “I feel lately like I’m living in a surreal alternate reality. I see white people wandering the streets in T-shirts that read ‘Decolonise Now’, posting memes about decolonisation on their Instagram pages, and dropping ‘decolonial’ left right and centre in art world discourse.”

Like Maddee I’m often disoriented by the eagerness to decolonise, evident in white-led arts events and initiatives which do little to engage with communities on the ground, revelling in the sudden sexiness of the proposition rather then what it should mean.

As Maddee Clark and Neika Lehman articulated, I’m also left wondering, is this decolonising or re-colonising?

Their editorial summarised some of my own cynicism, exasperated by regular contact with white architecture firms after a smattering of ‘Indigenous Knowledge’ to add to their latest projects.

An invitation to present at the Decolonising the City studio hosted by Unitec Institute of Technology and the 2018 New Zealand Institute of Landscape Architecture Conference in Tāmaki Makaurau (Auckland) in April 2018 was an opportunity to delve into the phenomena more deeply and understand how the process was evolving from a Māori perspective.

The three-day studio opened in the Te Noho Kotahitanga Marae with a Powhiri (welcome to country) from mana whenua groups (traditional owners) Onekiritea, Te Kawerau ā Maki and Ngāti Whātua o Kaipara. Unlike many of my experiences in different work settings in Australia, it was astonishing to engage in a process which centred Māori people and cultural practices.

Beginning in a marae was particularly significant.

The marae is a building made from intricate woodcarvings that represent iwi (tribe), hapū (sub tribe) and whānau (family). Being situated within the building designed by Te Arawa master carver Dr Lyonel Grant asserted the power of Māori design and any lingering assumptions that architecture is a practice which began in the global north. Instead we were surrounded by hand carved imagery representing the history of Tāmaki Makaurau in a striking triangular building. Māori people see their marae as tūrangawaewae, a place to stand and belong. This starting point empowered the local iwi and fundamentally repositioned how we conceptualised space and place, dissociating ourselves from the colonial buildings and urban structures which typify colonised Western cities.

While comparing colonised countries is often problematic, and erases the unique cultural perspectives of First Nations people and socio-environmental characteristics, the design studio seemed to operate beyond the surface values which pervade recent art trends in the Australian context. As Maddee Clarke and Neika Lehman suggested, there is something odd in seeing people rush towards decolonial themes without asking how this leads to equity and justice outcomes.

In the Auckland studio I attended, students worked in interdisciplinary groups to consider a decolonised urban fabric where interventions at different scales could affect decolonisation by understanding the needs of the mana whenua.

Different adaptations were proposed, from obvious solutions such as native food gardens, communal meals and cultural festivals, to radically re-thinking the scale and location of housing to ensure that native landscapes were prioritised over development.

While the focus seemed to move deeper then elements of arts and architectural practices seen in Naarm (Melbourne), the ability for design to fundamentally shift socio-political structures was also limited. During the initial site visit academic Dr Rebecca Kiddle (Ngāti Porou and Ngāpuhi) asked a representative from Housing New Zealand how many Māori families lived on the estate and whether local iwi groups were prioritised into housing. The officer simply replied no, explaining that the situation was complex.

Housing New Zealand’s interest in decolonial design appeared to move beyond the rhetoric common in Australia, where Aboriginal engagement is often incorporated at the end of projects, but it still lacked robust outcomes. While the government authority seemed happy for students (many of whom were Māori) to create a conceptual reimagining of the site, they seemed reluctant to implement change which could substantially address systematic disadvantage. As I discussed the differences and similarities between the two countries with Māori architects and academics it was apparent that they were also experiencing a sudden interest in decolonisation stuck in superficial renderings rather than social change.

While the striking structures represented one element of Māori culture there were deeper ways to transform the built environment. But as a relatively simple strategy to invigorate inner city spaces, Desna and others were noticing the growing presence of Pou; design choices that were made by white practitioners and enabled the perception that change was happening.

On the final day of the studio and accompanying conference I noticed a sign along the waterfront outside a hub of food trucks selling a blend of Māori and American BBQ cuisine. “Come taste the Pasifika Fusion” it read, celebrating the mix of cultures in a touristy area of the city. As people lined up for their hāngi burgers, excited by a taste of traditionally cooked meat in flax leaves, the re-introduction of cultural practices in a Westernized city seemed garish and reductive. And while these tropes were part of wider global interests packaging Indigenous culture for the masses, it was a reminder to constantly question what decolonisation means and who it serves. 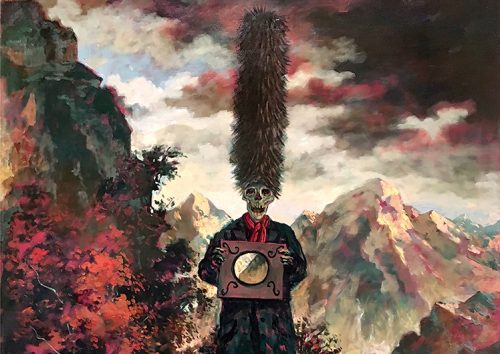 The Melbourne-based painter’s new exhibition at Despard Gallery in Hobart, Time Traveller, features characters and elements that are peculiar yet oddly familiar. 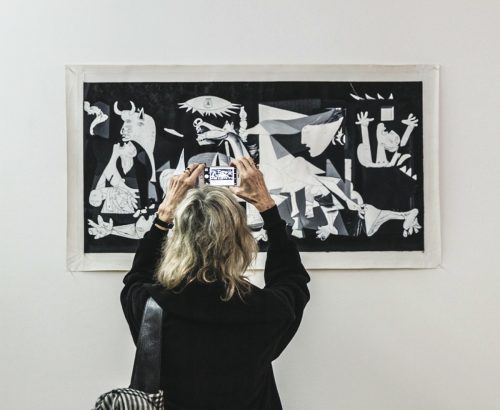 A low-grade anxiety simmered under the surface in The Fraud Complex, perhaps a pre-emptive emotion, as Next Wave was dealt a blow with the loss of its Australia Council funding.