The artist in the office: money, privilege and what it takes to maintain a practice in a neoliberal world

The artist in the office: money, privilege and what it takes to maintain a practice in a neoliberal world

A few lucky artists make a living selling their art. But the vast majority have to work at something else to support their art practice. Artist Timmah Ball weighs up the cost/benefit quotient of the day job.

After graduating from the University of Melbourne with a Bachelor of Creative Arts I dreamed of becoming an auteur like Miranda July. On other days it was Jane Campion or Tracey Moffatt as I meticulously folded woollen jumpers in the menswear department of David Jones, my post-uni summer job. A short stint in London via San Francisco brought me closer to the imagined lifestyle, living in cramped bed sits with other artists making experimental theatre in Whitechapel squats. But my summer savings dwindled and our obscure practice failed to attract the type of attention which brings money or cultural cred. On returning to Melbourne I spent a year in a range of casual jobs, such as a customer service role at a major arts institution where the screen gallery often felt like a museum of broken aspirations as I shared stories of rejection and unrealised potential with other invigilators. Other jobs included performing in a children’s theatre company run out of a living room in Greensborough and stereotypically bleak hospitality work.

It’s not surprising that I gravitated towards further study. I undertook a masters degree in urban planning, which led me to the path I’m on today: a secure well-paid government position with an arts practice chaotically squished on the side. While I don’t regret this path, it has forced me to question the structures which support or prohibit an artist’s career.

Without the pressure of money and the need for secure employment I may have created something exceptional, if only I had more time to pursue my work.

Instead exhaustion, self-doubt and the endless struggle to make rent pulled me in another direction. But as Melbourne becomes increasingly expensive, and arts funding fizzles, the precarious balance between survival and maintaining a creative practice seems like a luxury only the rich can afford. And while this feels depressing, I also wonder whether there is a silver lining? Combining an arts career with another profession can be liberating rather than restrictive. I am no longer the starving artist. I’m an office worker with the best of both words.

Unpaid labour and insecure working conditions dominate the arts, an industry that significantly favours those with some sort of financial backing. Writer, editor and creative producer Linh Thùy Nguyễn has spoken about the privileges and challenges of this lifestyle. She is the deputy editor of the online magazine Liminal. In this publication she repositions people of colour at the forefront of the literary arts in weekly interviews which reveal the dynamic work of Asian Australian writers and artists. She has also taken on a range of volunteer roles at the Emerging Writers Festival, The Lifted Brow, The Small Press Network, and Dumbo Feather Magazine.


While this work has fostered her professional growth, and enabled her to push new agendas, there has been negligible financial gain. A fact which limits how far she can push without experiencing significant burn-out. At a recent event we chatted openly about these challenges and the uncomfortable tension between working for free and the cultural capital this generates. As Linh commented, her unpaid work has led to broader networks and opportunities but her ability to work for free was enabled by living at home, and has resulted in other compromises.

These tensions require discussion as they unfairly favour artists who have economic support, or who come from families that find ‘creative calling’ palatable.

The upper middle class among us can choose to live the starving artist lifestyle, an irony that never fails to irritate me. Writing for Artnet News in 2016 art critic Ben Davis asks, “Do you have to be rich to make it as an artist?” His article argues that “Art students are chasing a dream without understanding how the system works.” The artworld is a system in which class and economic advantage play a significant role. He highlights that although most successful artists don’t necessarily come from mega rich backgrounds the clear majority are middle class. He refers to a British survey that showed that 76% of the arts workers who responded had professional middle class parents.

American writer, academic and activist Yasmin Nair believes that this disenfranchises those who don’t have the means to accept unpaid work, or who come from working class backgrounds. In a 2014 blog post she wrote, “The system of free writing has created a caste system, with those who can afford to work for free doing so while those who can’t often giving up.  As with unpaid interns, those who can afford to write for nothing inevitably make it into networks of influence which allow them to continue to actual paying gigs.  But it’s not their free writing and ‘exposure’ that got them their jobs; it’s their ability to survive without having to depend on writing for a livelihood that guaranteed they could continue to write for nothing.”

With a range of responsibilities, and parents who don’t have the means to offer me anymore than a roof over my head, having a wage has been necessary for my livelihood.

And considering the pressures facing professional artists and arts workers, the path of the semi-professional (or writer on the side) does have its advantages. While my economic circumstances influenced my decision to professionalise in another industry it also meant I could avoid forcing my practice into a neoliberal framework. More frequently it has allowed me to respond to complex situations with integrity, turning down paid gigs which felt ethically unsound. But as the pool of paid work is frighteningly small it is understandable that working artists or freelancers take whatever comes their way. How else are they meant to live? And I certainly wouldn’t begrudge anyone who writes for the mainstream press or appears in a commercial stage production. I believe that the entire industry is rampant with dubious financial imperatives. Both high art and reality TV are tarnished with the same brush: capitalism.

An office job jeopardises your capacity to take on major projects. You are forced to limit your practice to weeknights, weekends, and a day or two a week if you’re lucky enough to be able to afford to work part-time. While money is no longer an issue, stress and the pressure of managing two careers takes it toll. But as freelance writer Ellena Savage solemnly reflects in ‘Boiling the Pot,’ a 2016 article for The Lifted Brow, an artist’s workplace “has no grounds, no union, no set working hours, wages, or, really, any way of quantifying or qualifying what work—if any work—is ever being done, which makes certain that there are no support systems nor adequate ways of addressing the injuries that this sorry state produces.”

Juggling a part-time job may limit those lofty youthful dreams but it hasn’t stopped me from writing and producing work on a smaller scale. And as the grip of neoliberalism tightens I’m not sure of an alternative way. Bearing this in mind, my situation begins to feel tolerable, even appealing 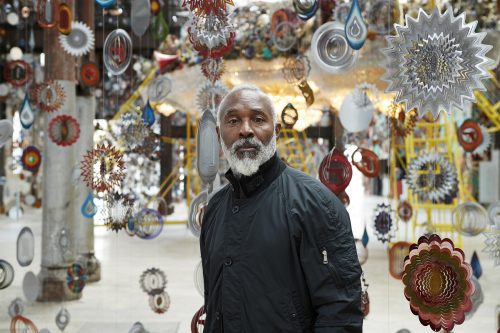 At first glance, Nick Cave’s Until is a charm offensive: a crowd-pleasing, selfie-backdrop, colour-and-movement spectacle complete with accompanying gift shop, but there are tougher meanings here too. 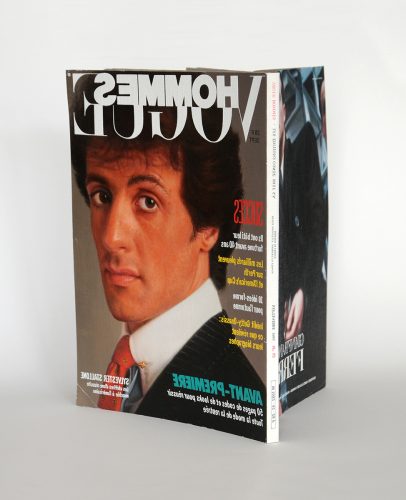 The French phrase trompe l’oeil literally translates to ’trick the eye’ and, over the years, this kind of painting has come to seem a bit kitsch.